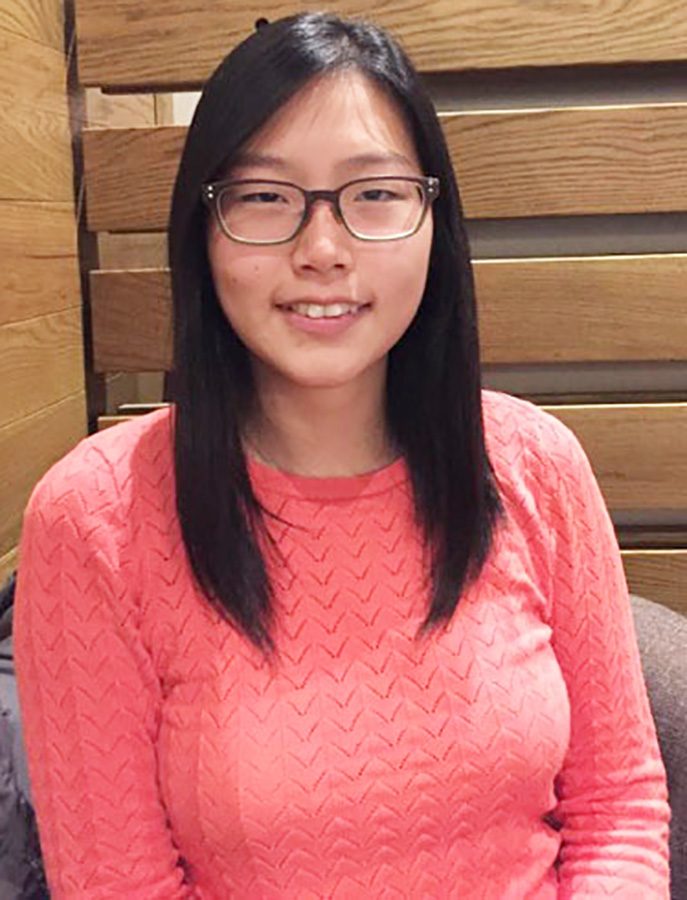 Neuroscience major Kerianne Chen is in her fifth year at Pitt as a result of financial instability.

This is the first installment of a three-part series on student homelessness.

On the verge of homelessness, University of Pittsburgh student Kerianne Chen turned to a little-known food pantry on Pitt’s campus that offered her basic food to keep her going.

The fifth-year senior was trying to finish her neuroscience degree, but she suffered the death of her father, followed by the bankruptcy of a family restaurant that left her mother unemployed. Chen, destitute, applied for government aid and was denied on bureaucratic grounds.

She was just one of a growing group of college students whose tuitions and living expenses render them little money for food. While there are food banks and other church-based services for the homeless, or those teetering on it, students and others at local universities such as Pitt have created food pantries to provide for those who have nothing to eat.

“There were definitely times when I hypothesized where I would sleep at night or where I would take showers in public if I had to become homeless this year,” Chen said.

According to affordablecollege.org, 58,000 students identified as homeless on the 2013 Free Application for Federal Student Aid, a 75 percent increase over the last three years. What’s more, Feeding America, a national network of food banks that provides food assistance to 46.5 million individuals and 15.5 million households, estimates that 49.3 percent of its clients in college must choose between educational expenses and food annually.

Chen has fought to survive since she was a child. She comes from a low-
income immigrant family who moved here from Taiwan before she was born.

“My father passed away, and my mother doesn’t work or speak English, so I got myself here,” Chen said of enrolling at Pitt.

Before her father passed away, her parents owned a restaurant that later went bankrupt. Her mother worked as a waitress there but has not worked since. Chen has had a large responsibility in translating and helping her mother acquire necessary paperwork and services.

On top of her family circumstances, Chen has spent four years unable to completely focus on schoolwork. She has had to split her time between working full-time, doing multiple jobs and volunteer work.

As a result of her  schedule, Chen has ultimately been forced to retake classes. For this last extra semester, she made an agreement with her mom to cover her expenses, clear her schedule and allow her to graduate.

Chen’s problem became acute this past October. It was at this time that her mom agreed to pay her rent. She lives with four other students, and they all split the total cost. As the end of the month neared and the rent was due, her mom did not seem to want to talk about the fact that she did not have the money.

“She told me she can’t support herself anymore, so she can’t continue supporting me,” Chen said.

Soon after this conversation, stress started accumulating, and Chen had to go looking for support.

“I wondered how I could quickly solve the problem,” Chen said. “I only had 100 dollars left and I still had to pay three more months’ rent at least. Then I have to pay bills, and I have to pay for food.”She applied for food stamps but was told that she could only get the food stamps if she worked at least 20 hours a week, a requirement Chen already met through an unpaid internship at West Penn Hospital in the elder life program.

“I thought I was fine,” Chen said, “but when I went to my interview at the office, the lady assigned to me told me I was rejected because even though I work at least 20 hours, I didn’t get paid for it, and the rule is that students specifically need to be paid.”Due to this rule, if Chen dropped out of school and still maintained her internship she could qualify for food stamps, but because she is a student, she has additional stipulations that require earning money.

“Before I left, I was sobbing and crying, and the lady giving me this information pushed a box of tissues towards me,” Chen said. “At this point, I had 16 dollars left to my name, and I didn’t know how I was going to survive.”