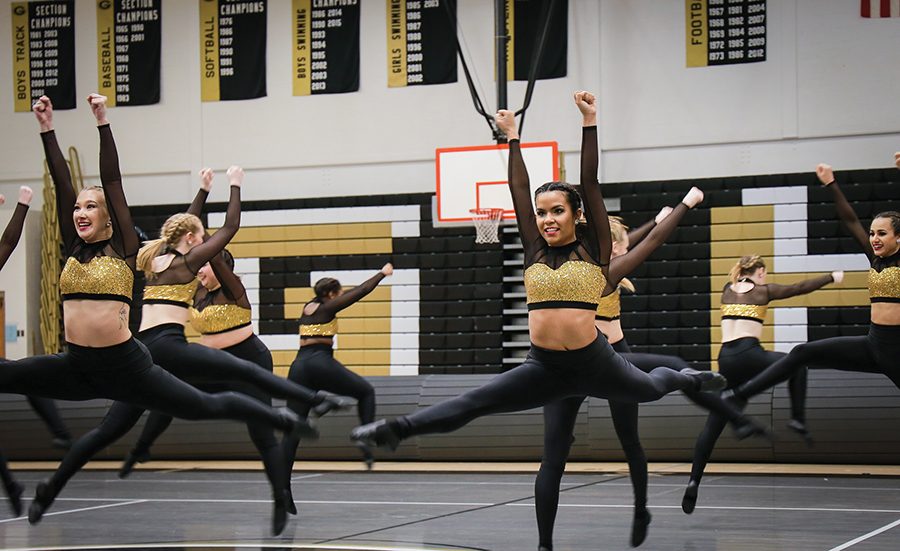 The Point Park competitive dance team competes in their first home meet Sunday at Gateway High School. The team fell to Aquinas college 70-68 in the first round and 75-73 in round two.

The cheer and dance teams began their weekend at Concordia University Ann Arbor and ended a little closer to home. The big weekend consisted of a runner-up victory for the cheer squad and the first local competition in the program’s history.

Only the cheer team traveled to Concordia to compete in the tri-meet against Concordia and Lourdes University. The Pioneers scored 76.2 out of 100, second to Lourdes with 86.45. Concordia fell to third with 75.05, giving Point Park its first win of the season over the Cardinals.

Point Park thrived in showmanship and choreography, and impressed the judges with basket tosses and jumps.

As both teams prepared for the program’s first home competition at Gateway High School in Monroeville, Pa., inclement weather changed the meet’s schedule.

The original competitive cheer contest between Point Park and Lourdes was cancelled due to weather and travel, so the Pioneers instead performed two exhibitions for the crowd.

However, the dance matchup between Point Park and Aquinas College went as planned with two competitions during the meet. The Pioneers fell in both meetings by a mere two points. The Saints stole the gold 70-68 and 75-73, respectively.

The Pioneers scored highly in musicality, choreography and performance impressions in the first round. With one showing under their belt, the green and gold improved their scores across the board in the second round.

Both teams will have a week off from competition. The Pioneers will then compete in the Siena Heights Halo Classic on Jan. 27, in Adrian, Mich.