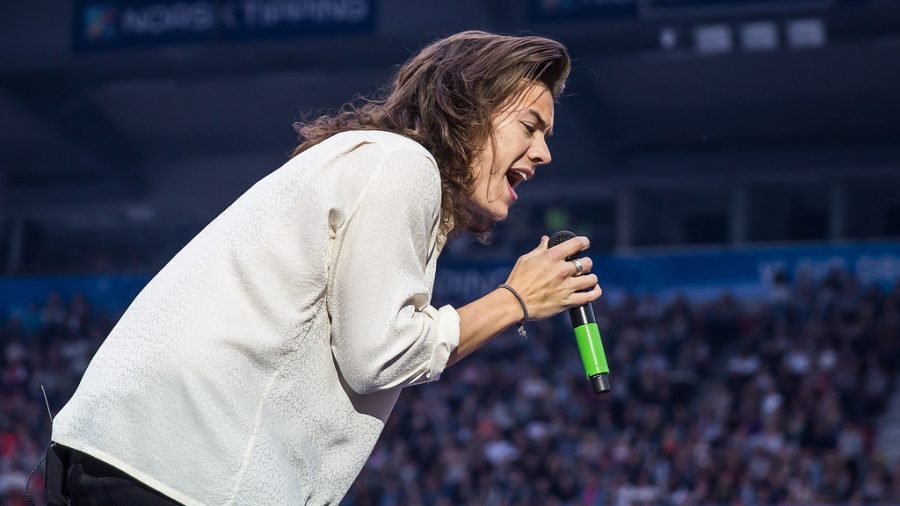 On Friday, Dec. 13, Harry Styles released his second album, which had been highly anticipated since the announcement of it via social media on Nov. 4.

Before “Fine Line” was even released, it had been ranked 23rd on Rolling Stone’s “50 Best Albums of 2019,” so it was no surprise when the album topped the charts worldwide. Even people who were not fans of the former One Direction star were excited about the release, and he did not disappoint.

Before the worldwide release of the album, Styles had pre-released three of the 12 tracks. “Lights Up”, “Watermelon Sugar” and “Adore You” were all popular among his fans as well as the general public. The three songs are quite different from each other, but they are perfect for an album of such variation. All have a nice upbeat tone that makes anyone want to dance, but nothing could have prepared listeners for the heartbreak that they would feel outside of these singles.

With every listen I give to this album, I feel as though I have a new favorite every time. Although, from first listen I knew that the first track “Golden” would be my favorite by far. It’s one of those songs that you can scream at the top of your lungs with all the windows down in the heat of summer. The track is the perfect way to start the album, with a happy, upbeat song that hides the heartbreak that is to follow. One thing is for sure, there isn’t a song on this album that I didn’t like.

Overall, this album is by far one of my favorites that I’ve had the pleasure to listen to, but I might be biased as I’ve been a fan of Harry Styles since the early years with his former band One Direction. This album has shown Styles grow and mature into the adult singer that he wants to be, showcasing how vulnerable he is willing to be towards himself and his fans. From what he was writing and singing about throughout his One Direction years, and even his self-titled album from two years prior, this album more than anything showed the world who Harry Styles really is.