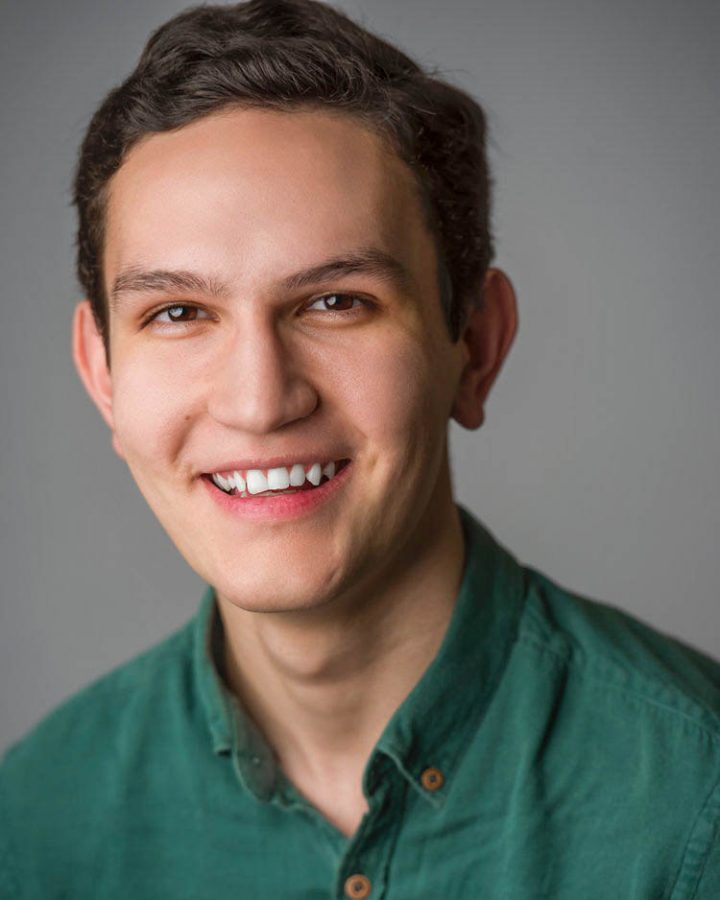 David Jarzen started at Point Park University four years ago as just another promising performer accepted by the conservatory, little knowing how vital he would become to the entire theatre department.

Jarzen, president of the COPA Theatre Club and former member of the “Adding Machine” cast, stepped forward as the students’ spokesperson during the town hall-style meetings held last semester. Now, he is serving as a co-chair along with President Paul Hennigan of the Theatre Advisory Committee.

“I think it was just it was a lot going on last semester at the end, and not a lot of people knew how to tackle a lot of things. That’s why—I stepped up a little bit and said that I would be the middleman between a lot of people, the voice for the students between the administration,” Jarzen said.

The committee meets monthly, but Jarzen said he keeps busy with doing the necessary research and doing outreach to organizations that can help the university’s situation. He has consulted with officials at 1Hood, a local anti-racism organization, as well as representatives for conscientious theatre training.

Jarzen, along with the artistic director and dean of COPA Steven Breese, sent an email out to conservatory students last month detailing the committee’s progress. Some of the biggest changes listed included the guarantee of a woman and person of color on every creative team for the 2020-21 season, an intimacy coach present on every production set and two more town hall meetings scheduled for the spring semester.

“I’m proud of the line of communication that we’ve opened,” Jarzen said of the progress of the committee. “The clear path to be able to speak our minds and be heard and not have fear of retaliation but have the right to say what we want and the right that it will be listened to.”

Some hurdles still remain. One of the chief concerns of the committee members is to actually bring in an expert outside consultant.

“Well something that we’re really striving towards is trying to bring someone in to facilitate a larger conversation, and it’s not that it hasn’t happened yet it’s just that it’s a little slow-going,” Jarzen said. “Our committee, the theatre steering committee, is working hard every day to make sure that someone is able to come in here and help heal the community.”

Jarzen believes his experience and artistic ethos has prepared him for this role. He previously served as an artistic management intern in Washington DC, near his hometown, a few years back. That combined with his work with the COPA Theatre Club and the theatre advisory committee inspired his interest in the intersection of artistic administration and community engagement.

“It helped to discover I want to be a force in the real world, I want to be the artistic director who creates those safe spaces,” Jarzen said. “I’ve seen what a disastrous rehearsal room can do, I’ve seen what some maybe not so inclusive, equitable policies can do and through that process and through this year, I’ve discovered that I want to get in the room and be the force for change.”

Jarzen said he auditioned earlier for the Pittsburgh CLO’s summer season. However, he is uncertain whether he ultimately wants to be on the stage as a performer or directing performances.

“My focus has shifted a little bit from performance. My main drive is to be a performer of course, but I’ve really focused on the arts administration side,” he said. “And when I get out of school, I hope to have an apprenticeship or a fellowship at a theater and work directly under the artistic director there so that I can hone my skills in that area and hopefully in the future become an artistic director.”

He hopes to establish his musical theatre career in New York City. If that falls through, he said he has plans to set up in Washington D.C.