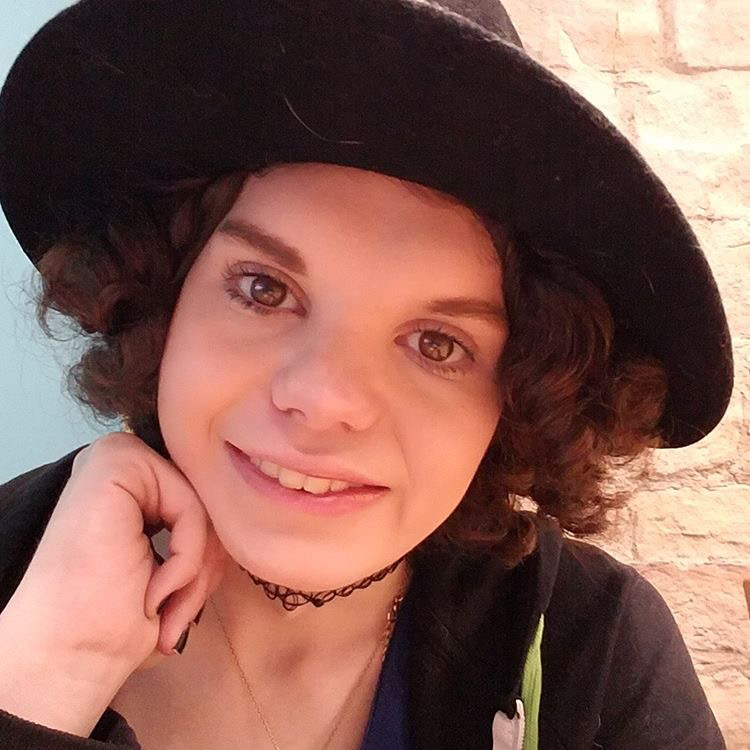 Film has always been a passion for Pittsburgh native Sarah Oberle, but she would have never imagined that she would pursue a career in the making of films.

Oberle is now a sophomore cinema production student, concentrating in editing film. She also works at the Student Production Services (SPS) as a work study.

“Film has always been a personal thing for me, whether it’s just every weekend sitting on the couch with my dad and watching old movies to any story-driven media like video games, books. Just anything that shows the world through other people’s eyes is really what I like,” Oberle said.

Oberle originally came to Point Park as an IT major; however, she found that it was not going to be a fulfilling career path for her, and promptly made the switch to cinema production duing her freshman year.

Oberle worked on a variety of film-related projects in the past, but one of the first major films she had a lot of creative control over was “Chosen Family: A Short Film,” which she wrote and directed herself.

The film centers around a transgender teenage girl who is in the closet because of her unaccepting parents but can be herself around her friend. After a fight with her father, the father discovers his daughter’s true identity and both of her parents are unwilling to accept their child identifies as a girl. It ends with the protagonist going back to her friend’s house, where she is accepted with outstretched and loving arms.

“A lot of my ideas come from personal stories and emotions and feelings that I’m going through,” Oberle said. “And around the time where I started writing that script, I started going through a difficult family acceptance thing, and I was forced to face the fact that not everyone’s going to support [me] and that that’s okay.”

Oberle herself identifies as a trans woman, so the project was particularly emotional yet cathartic for her. She wants to make drama films that reflect more stories of the LGBTQ community:

“I don’t know what it is but I’ve tried really hard…to find good media that represents people like me and people who don’t have the kind of representation, and it can be hard to find,” Oberle said. “And one of the projects I would love to do is work with other people from other backgrounds and putting their voices to the screen. So for example, the struggles that say a person from a different part of the LGBTQ spectrum faces isn’t necessarily going to be what I face. And just being able to give voices to those that wouldn’t normally have a voice.”

Her advocacy and involvement in the community does not stop with film. Oberle is also the Vice President of the Gender Sexuality Spectrum Alliance (GSSA) organization on campus, which she said helped her immensely with accepting herself during a rough freshman year. This year, she is working on creating more visibility of the organization to the student body.

“One of the problems of GSSA is that no one knows that we exist. And we’re trying to kind of put our name out, and one of my personal goals that I’ve been trying…is to have a safe space type of area on campus, not just for LGBTQ people but also anyone who struggles with mental illness, so they have a place to go when they feel like they can’t go anywhere,” Oberle said. “Because I really needed that my freshman year, and I wish I had that.”

This safe space that Oberle envisions is what she hopes will be more tangible than the Safe Zone stickers kept on some professors’ and administrators’ doors. While she commended the idea behind Safe Zone itself, Oberle was critical about whether it helped anyone like herself in the queer community.

“Because whenever I came to Point Park, I thought that it was like maybe there was a person I could go to and talk to when I felt like I had no one to talk to,” Oberle said. “And I know it’s kind of cliché, but a lot of the doors that have those stickers are closed as if like it’s more of a visibility thing and not actually to help the queer community.”

Another issue Oberle pointed out was that while the campus itself may be accepting, it is surrounded by a city where people can be, and have been, hostile. She even recalled one of her friends getting assaulted last year just for being perceived as queer.

“It’s something where your queerness ends up being a target for a lot of people, and it’s hard to protect yourself from that in a city. I think that can be a big problem,” Oberle said. “Because while campus may be supportive, the guy 50 feet over there might not be.”

While Pittsburgh itself is not accepting all of the time, Oberle doesn’t anticipate heading over to California to pursue film immediately after she graduates as much as she would love to.

“I think as a filmmaker I need to be kind of smart about how I take on this career path because usually it takes like 10 to 15 years or so to find footing as a filmmaker, and I want to mostly look for something that will support me enough to make my own stories,” Oberle said.

At Point Park, she hopes to hone her craft and start making online videos at some point. In the meantime, she is continuing to develop stories in her classes that better reflect her community and hopefully inspire acceptance from others about people who identify along the LGBTQ spectrum.

WHAT MAKES YOU A PIONEER: “My connection to professors and students, and the tools to create my own path and dreams.”