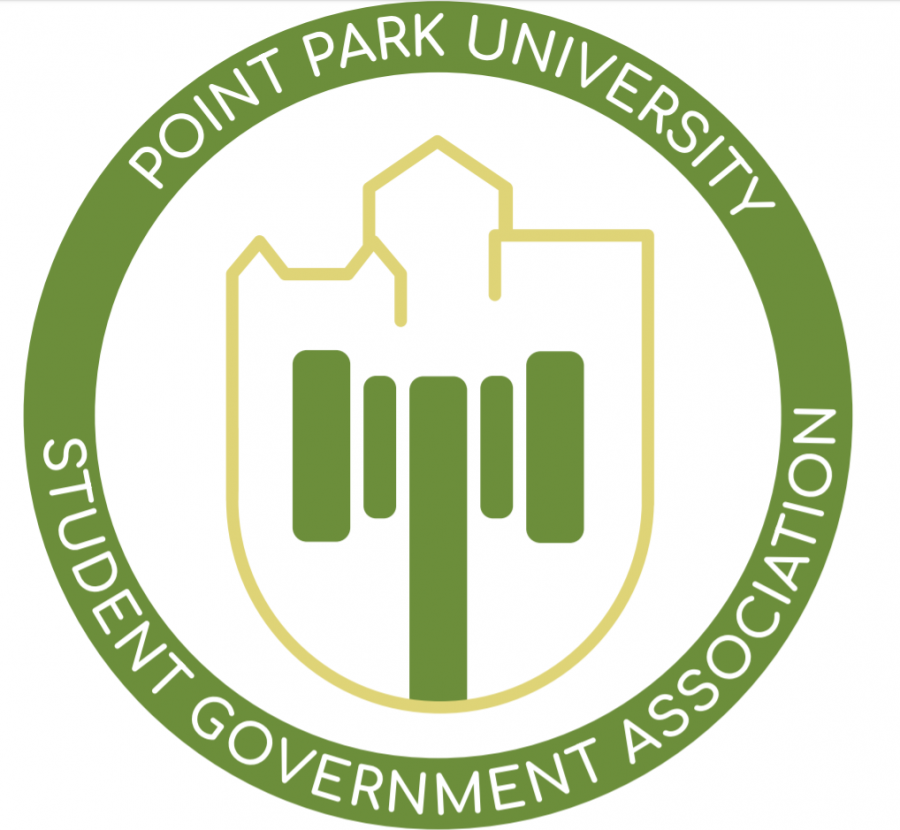 The Student Government Association (SGA) revealed its new seal and logo bearing the new name of the organization. Both designs, created by SGA Graphic Designer Alysse Baer, were projected up onto the stage in the JVH, greeting senators when they arrived.

When the new seal and logo were recognized, Senator Dennis McDermott asked how the seal was going to be implemented onto existing pieces of SGA property. President Jake Berlin assured that the old seal would be kept on items until those items need to be replaced. Only then will they be replaced with versions including the new seal. Vice President Grace Tyler Frank-Rempel noted that the purpose of this plan was to avoid unnecessary spending.

The SGA dress code was temporarily suspended for the meeting because, according to President Pro-Tempore Bryce Hayzlett, if it was not suspended, “everyone in this room would be in trouble right now.” Vice President Frank-Rempel asserted that only the three SGA senators who did not have a polo should be arriving at SGA without the proper dress.

The American Society of Civil Engineers student chapter was also recognized, despite the fact that Parliamentarian Wrzosek was absent, at the motion and second of President Pro-Tempore Hayzlett and Senator McDermott.