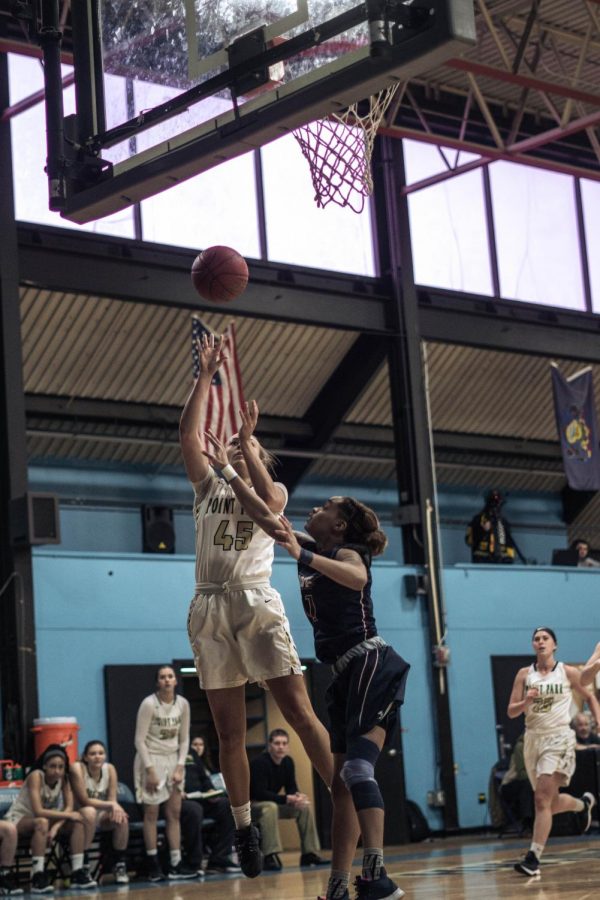 The women’s basketball team extended their win streak to four before snapping it just four days later at IU Kokomo.

The Pioneers hosted cross-city rival Carlow on Tuesday night for a close match against the Celtics.

Point Park found itself down 18-12 after the first ten minutes before out-shooting the Celtics 26-14 in the second quarter.

The Pioneers out-shot the Celtics in both the third and fourth quarters to eventually give them the 70-62 win.

Freshman forward Taylor Rinn finished the game with a huge double-double of 24 points and 17 rebounds, earning her Player of the Game honors.

Freshman Taylor Kirschner added 17 points for the Pioneers, with 15 of those coming from a 5-for-8 performance from beyond the arc.

Junior Michelle Burns added two additional treys, which totalled 65 for Burns on the season, tying the program record for most 3-pointers in a single season (April Austin, 2009-10). Burns also chipped in eight rebounds and five assists.

Carlow standout Emma Stille recorded a double-double for the Celtics with 14 points and 18 rebounds, but her offensive effort was not enough to edge out the Pioneers.

Four days after their win at home, the Pioneers hit the road for what would eventually be their coldest shooting day of the season at IU Kokomo.

The Cougars held Point Park’s offense to just nine points each in the first and second quarters, respectively.

Although the Pioneers out-shot IU Kokomo 19-18 in the third quarter, Point Park was unable to rally in the fourth quarter and took their first loss in five games, 63-47.

Rinn recorded yet another double-double with 12 points and just as many rebounds. Freshman Lexi Petit chipped in nine points and senior Tyra James added an additional seven points and seven rebounds.

The Cougars shot 40-percent on the game and 29-percent from beyond the arc.

Burns sank just one 3-pointer, but it was the one that set the new program record for most treys made in a single season with 66.

Next up for the Pioneers is a trip to Rio Grande on Tuesday before coming back home on Saturday to host No. 25 WVU Tech at CCAC-Allegheny.