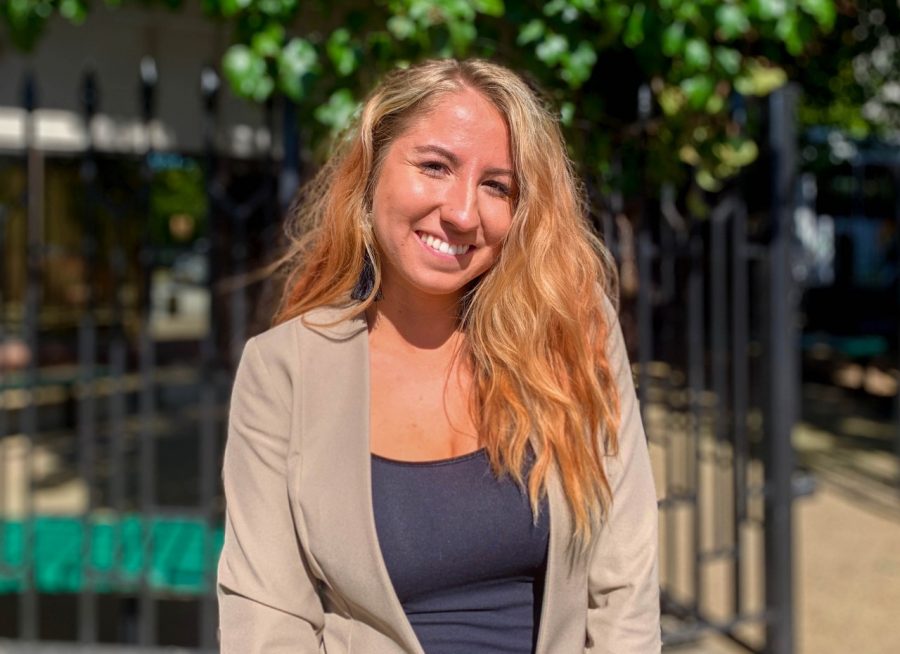 Nicole Lakovic joined the Campus Activities Board (CAB) the second semester of her freshman year wanting to get more involved on campus. At that time, she did not know she would make some of her closest friends and rise to the top of the organization’s leadership.

Lakovic is the new executive director of the Campus Activities Board.

Lakovic, a junior SAEM major, is currently the Spirits and Traditions Coordinator and is undergoing training from the current executive director of CAB, Miche Rexroad. She will officially begin her role as executive director at the end of the spring semester.

“I applied for executive director because I wanted to continue to grow personally and professionally, while also helping the organization and its members grow. I’ve been a part of the organization since freshman year and knew I wanted to be a part of it my final year at Point Park because of the impact it has had on my college experience,” Lakvoic said. “When I found out that I got the position, I was so excited. I immediately started thinking about next year and what I want to do in my new position.”

Although she does not have any exact details that she can give at this time, she said that she wants to “try some new things.” As the Spirits and Traditions Coordinator this academic year, she has planned the Halloween Dance, Condom Carnival, Drag Show and the upcoming Drake Bell concert along with students in a CAB sub-committee and the SAEM Club. In past years, she had a hand in planning a magic show, bubble soccer and an ugly sweater party.

As much as she has loved putting on those events, she also values the connections she has made through the organization.

“My favorite part about being a part of CAB is that I’ve met some of my closest friends and made some of the best memories, while also getting real world experience,” Lakovic said. “My favorite memories come from executive board training at the beginning of the school year. We had a sleepover in the student center, spent the day exploring Camp Guyasuta, and participated in so many ice breakers that, by the end of the week, we knew more about each other than we ever would have thought.”

In the next months, as a part of CAB’s executive board, Lakovic will be busy with her training as well as organizing the St. Patrick’s Day Breakfast, Point Park After Dark – Ultimate Game Zone, Paint ‘n Sip, the Drake Bell concert and Campus Cats. She highly encourages people to attend these events and get involved in any way on campus.

“Being involved makes your college experience so much better through memories and meeting new people,” she said. “Looking back, deciding to get involved on campus my freshman year was the best decision I could have made!”

WHAT MAKES YOU A PIONEER: I feel like being involved and a part of the Point Park community, participating in all the opportunities given, and being proud of the fact that I go to school at Point Park is what makes me a pioneer.