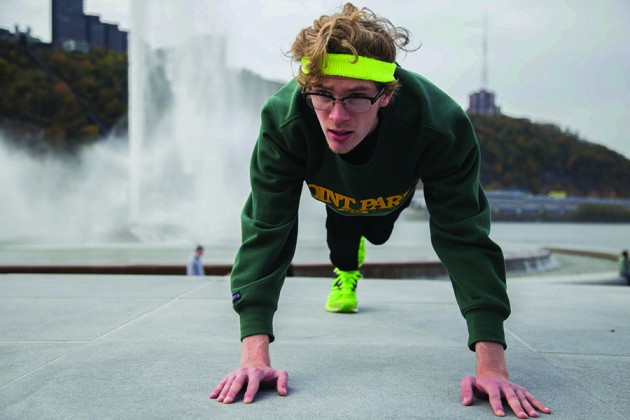 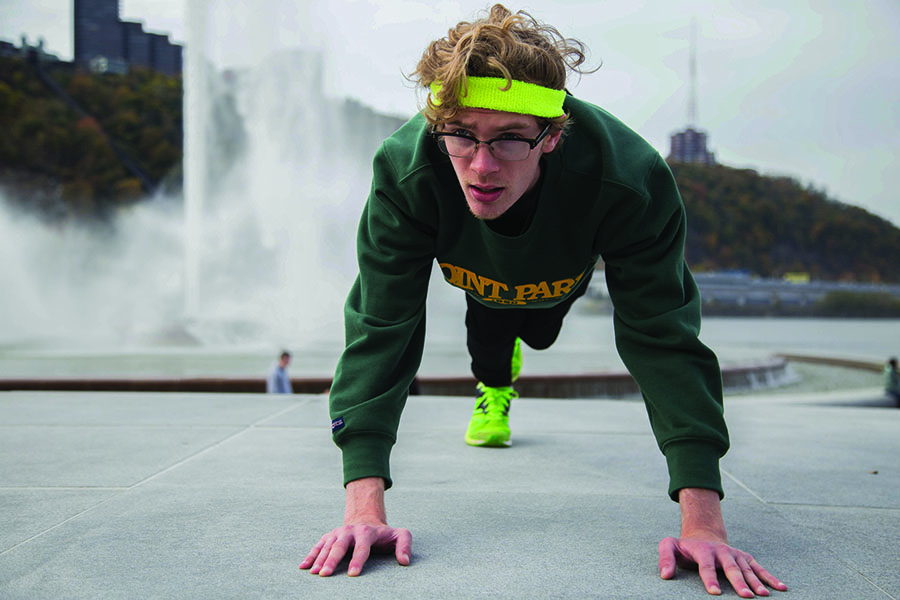 There’s a motto that cross country runner Keith Tucker likes to live by — “Sleep, run, go back to sleep, then run again.”

It’s this mindset that the 19-yearold freshman cinema production major plans on channeling to land one of the coveted top seven running spots this cross country season. According to head coach Kelly Parsley, he’s certainly got the drive and dedication to make that vision a reality. In fact, that passion is exactly what caught Parsley’s eye when he scouted Tucker to run for Point Park as a senior at McDowell High School in Erie, Pa.

“Keith comes from a very good high school program, which told me he wasn’t afraid of hard work,” said Parsley.

If you were to attend one of the home university meets at Schenley Park and watch Tucker run, it may seem like he has been running cross country for a lifetime, although Tucker did quite a bit of athletic soul-searching before falling in love with the sport.

“I played second base in baseball for nine years before realizing how much I was never into it. I tried tennis and soccer and nothing there ever stuck. My dad suggested that I give cross country a chance, and here I am,” said Tucker.

Aside from developing a natural and immediate liking to running, Tucker admires the multi-faceted athletic values that cross country has to offer. He enjoys being part of a team while still maintaining a competitive attitude.

“It’s a team sport, but we keep our best in the front. Everyone is trying to work their way into those spots, but at the same time, we want our top seven to finish before the other teams. It’s a fantastic combination,” said Tucker.

Senior screenwriting and acting double major and fellow teammate Kelsey Wilkins says it’s obvious that Tucker is a natural when it comes to running.

“He’s a great example of a cross country runner because you can tell he actually enjoys running and has a passion for it,” said Wilkins.

Perhaps even more prevalent than his natural running capability, Tucker has an indisputable positive attitude that uplifts his entire team.

“I wish he was my best friend,” said Wilkins. “He encourages everyone. I expect him to surprise everyone with his running ability and his personality.”

“Keith is a great example of a student athlete. He is easy to coach. His teammates love him. He’s responsible and light-hearted,” said Parsley.

That positive attitude was especially evident when Tucker discussed the pre-season two-a-day training he endured with the entire team.

“A lot of people don’t realize how pressing those double practices can be, but it was so worth it. That’s when we all really bonded,” said Tucker.

Aside from athletics, Tucker hosts “Alien Daze,” an indie rock radio show on WPPJ, with his roommates. He has also fashioned a constitution for a campus amateur dance club.

In addition to cross country, Tucker is gearing up to run track for Point Park in the spring.

“I have a lot of interests,” said Tucker. “Running track is going to be really exciting.” 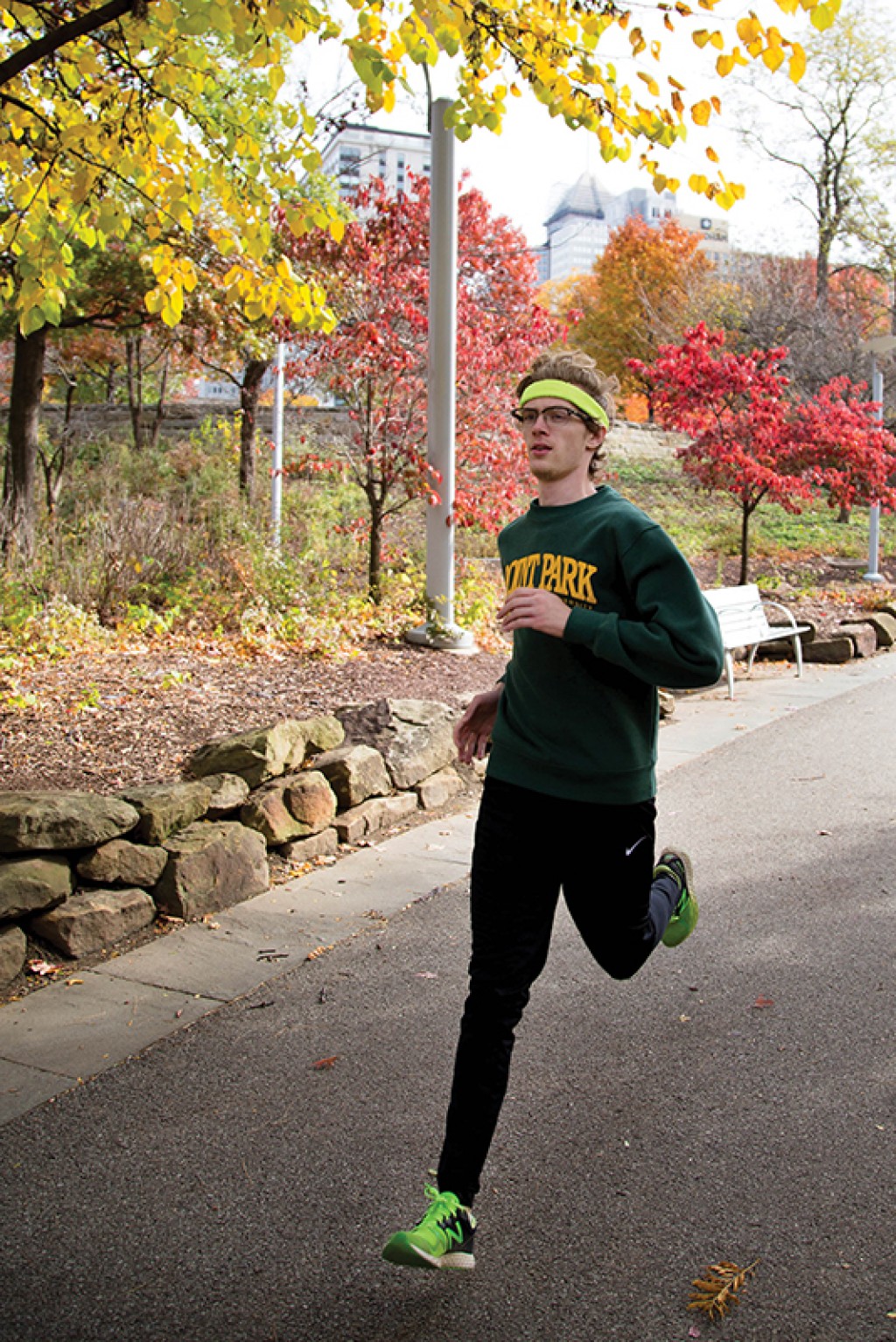 Freshman cinema production major and cross country team member Keith Tucker enjoys a light jog at Point State Park in the prime of the Autumn season. “It’s therapeutic and a lifestyle. Running is a part of me and it’s hard to picture life without it,” Tucker said, who has being running since seventh grade.