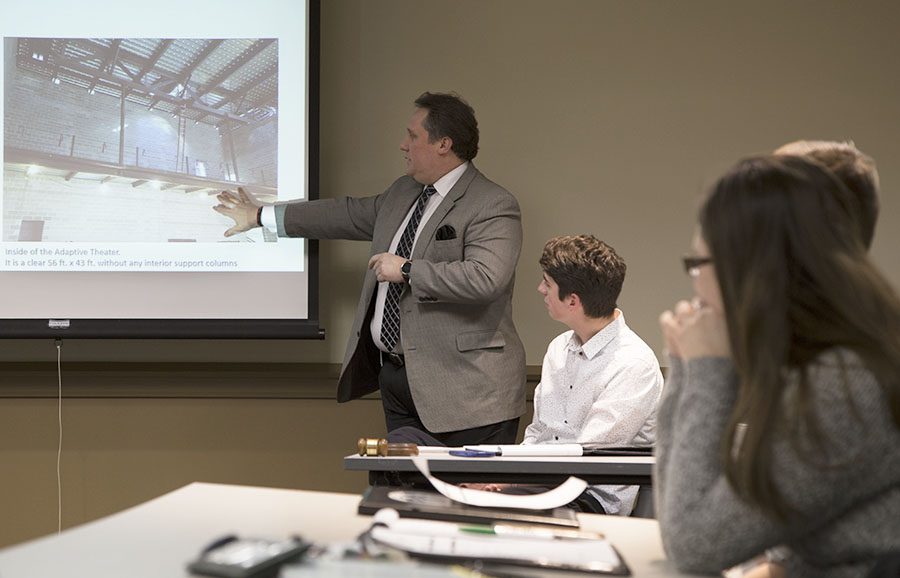 The university’s student legislative body censured its treasurer after the executive board called her to trial in a 6-4 anonymous vote.

“I apologize for my actions for what has happened,” Treasurer Amedea Baldoni said visibly emotional and defending herself before the United Student Government (USG) legislative body vote. “I’ll… have to fix myself. USG has been my priority.”

A censure is a formal warning against a USG member. It stands in record for 60 days. If two more censures are accumulated within this time, it is an automatic impeachment from USG.

According to the censure application submitted to Parliamentarian Charles Murria, President Blaine King filed the censure against Baldoni for a “disregard” of multiple by-laws of the USG constitution.

This includes not upholding proper conduct, participating in unethical practices, intentionally and wrongfully harm or threaten another and not acting under the president’s orders. King said that Baldoni violated all of these.

“It came to the point where I had to take control and do something,” King said.

Press Secretary Sabrina Bodon elaborated more on the situation and said the executive cabinet and senators were talking about each other behind each others’ backs. Altercations regarding this situation led to King’s motion to censure Baldoni.

“I personally talked to Treasurer [Amedea] Baldoni about it, and we had a discussion,” King said.

However, after attempts to remedy the problem, it continued, leading to her censure by King. The legislative body then voted to approve this 6-4 anonymously.

Bodon said that this censure is “making a point that USG is a professional organization.”

“By censuring Amedea [Baldoni, we are] keeping to our oath and constitution,” Bodon said.

During the meeting, a student concern regarding the Point Café caught attention as expired bottles of soda were currently shelved.

Recording Secretary Davion Heron addressed the problem after a constituent, who was to address this to USG, left the meeting early.

“The café was selling drinks that were expired from November,” Heron said.

Dean of Students Keith Paylo said he will have a meeting with CulinArt regarding this issue.

Also at the meeting, Vice President of Operations Chris Hill outlined to USG the current update to the Pittsburgh Playhouse.

The library in the University Center will be extended to the basement of the new Playhouse, bringing a lounge area for students.

Calling it the “biggest project” going on at the university, this basement will have study and collaborative spaces for students to utilize. Inside the Playhouse, a new café will be opened as well.

It will also be restoring a facade from the historic Goettman Building in the new Adaptive Theater.

“We try to preserve some of the buildings we had to dismantle,” Hill said.

This theater will be 56 ft. by 43 ft. where different types of productions can be held at while the main stage will be 40 ft. wide by 22 ft. tall.

In addition, USG deactivated several clubs and organizations on campus, two weeks after deactivating six others.

Per Murria, records for these organizations will stay for three years. To reactivate, one must speak to Student Involvement Assistant Coordinator Kate Shipley or Murria himself. USG can move to reactivate the club thereafter.