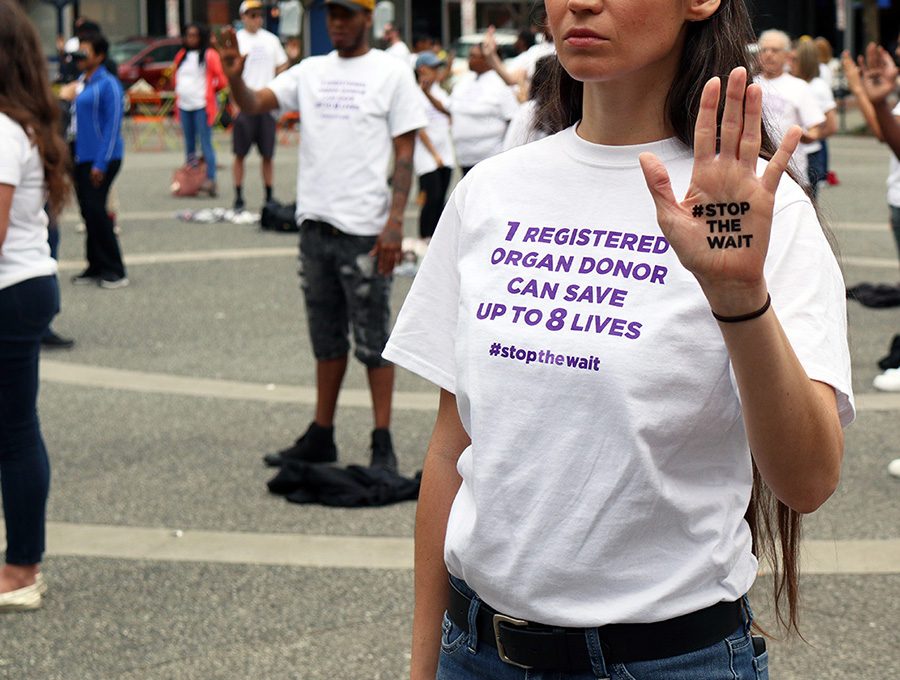 A flash mob sponsored by UPMC gathered in the middle of Market Square at 12:22 p.m. on Tuesday to raise awareness about becoming an organ donor.

Participants stood in solidarity for 22 minutes to represent the 22 people who die every day waiting for an organ.

Freshman sports, art and entertainment management major Georgia Fowkes was involved in the flash mob. She became a part of the event through her role as a brand ambassador for the marketing and advertising agency 24-7 Marketing LLC.

“I honestly had no idea what I was going to do until I got there,” Fowkes said.

UPMC set up a table nearby with forms for those 18 and older to become an organ donor throughout the event.