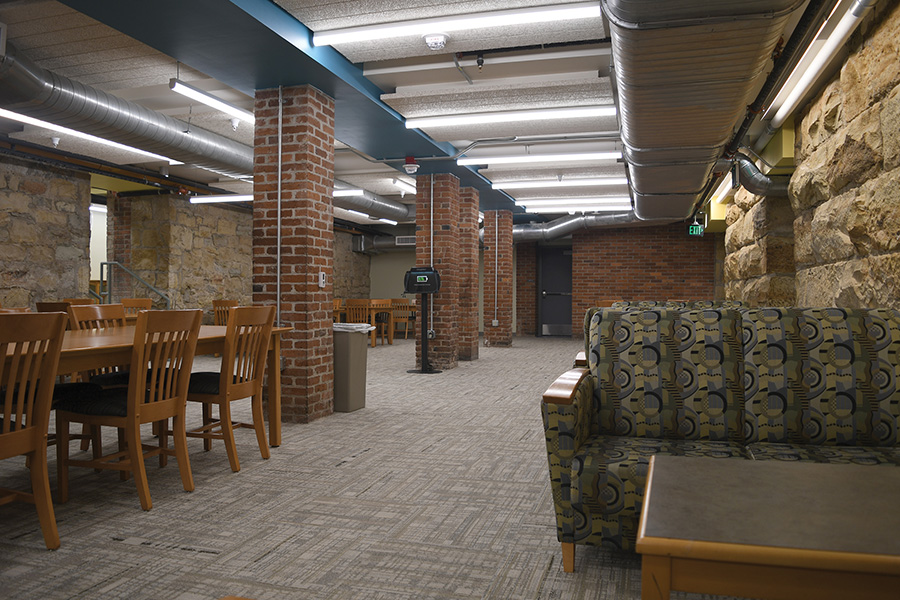 The new library addition where the former restaurant, Cassen’s, was located.

Point Park’s library quietly began a new chapter when it debuted its addition this summer. The addition is accessed through the basement

The addition is accessed through the basement of the University Center and houses the library’s DVD collection, periodicals and extensive collection of musical scores.

“We moved some stuff from the second and first floor and rearranged the basement to be more interactive area,” associate library director Brendon Wilson said.

The space that used to house the plays will become a part of the new Pittsburgh Playhouse, and the space that once held the presentation room is now the entrance to the new library wing.

“We provided a lot of options for students to do anything and everything with the new space,” Wilson said.

The addition lies directly below the university television studio and Student Production Services. Burger explained that the University Center comprised of several buildings and the new wing once housed Kasons, a restaurant and bar that closed nearly 10 years ago.

“We had to remove all the kitchen equipment and put a whole new floor in because it was substandard,” Burger said.

The two end sections, once housing the kitchen and dining areas, is now home to 16 collaborative spaces. Each nook is designed to allow three to five students to privately study or work on group projects. The rooms are equipped with a television screen, dry erase board and desk space.

At the end of one hallway is the presentation room, where students can record themselves giving a presentation.

The addition also houses a part of a building that is part of the new Playhouse.

A chandelier from the stock exchange building now hangs proudly above the periodicals.

“The floor had been modified and we had to take it out anyway which gave us a chance to bring daylight into the library,” Burger said.

For students, the space should provide a quiet escape from the hustle and bustle of downtown Pittsburgh.