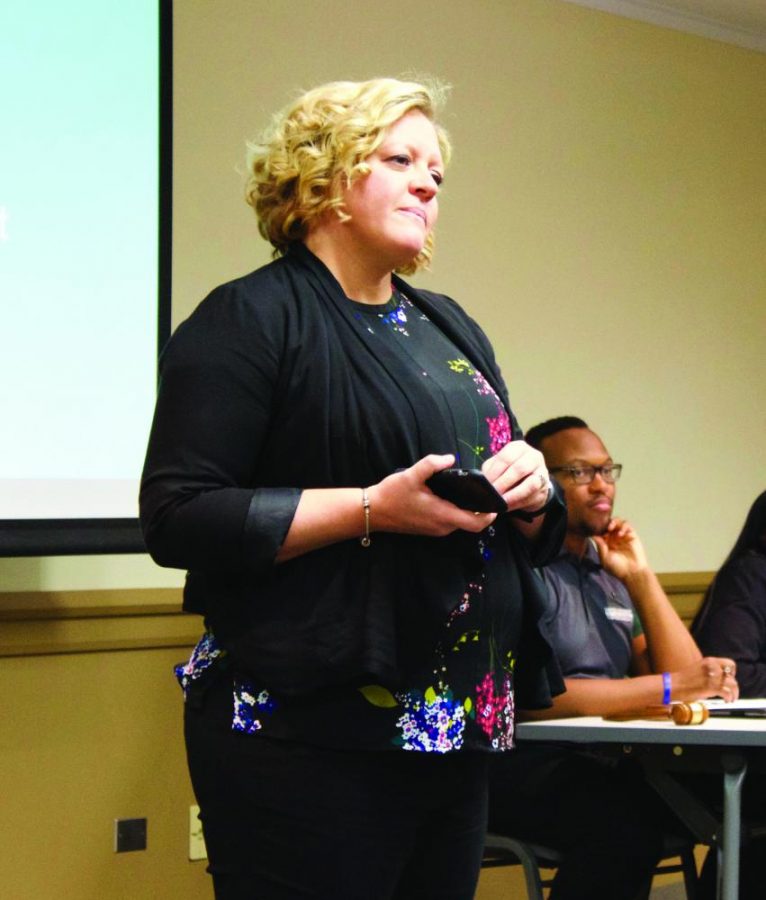 Representatives from CulinArt joined members of the United Student Government (USG) to discuss issues that can be changed and improved.

President Bobby Bertha brought up the topic of what is and is not considered a meal in the Point Cafe.

According to both Weiss and Chavara, items from the salad station require one protein and four toppings to be considered a meal. Roughly the same concept applies to the sandwich station. If students want more meats or toppings, there is an extra charge.

Food served at the Playhouse is also considered a flex dollar purchase instead of a meal. Food options that will be offered at the new Playhouse have not yet been established.

Treasurer Josh Croup inquired on what CulinArt could do to help cater events and meetings for clubs. While USG does not fully fund clubs to cater meetings, CulinArt does have options based on the budget and amount of students participating.

Students have expressed concerns about the cleanliness and freshness of the food being served on campus, including chicken dishes potentially causing students to develop a bout of food poisoning and fruit that is past expiration date. Currently, CulinArt has been informing cashiers to check and dispose of food that is past expiration.

Senators had questions for what happens to food products that don’t sell right away before they reach an expiration date. According to Chavara, they try to pull food a week before expiration from both the Cafe and dining hall and donate it to 412 Food Rescue, whose mission is to “prevent perfectly good food from entering the waste stream.”

CulinArt stated that they passed the past two health inspections despite health code violations caught Sept. 21, including the cooling of food, plumbing, handwashing facilities and pest management, according to the Allegheny County Health Department Food Safety Program.

While the Cafe fixed the issues and passed inspection Oct. 3, there currently is no report of progress made in the dining hall, as no follow-up inspection has been scheduled.

CulinArt has an open door policy, meaning students can go to workers or management with any questions or concerns. Offices are located in the Cafe.

After the speakers, Croup reminded senators that submissions for the second budget period for clubs is due Oct. 24; funds will be distributed on Oct. 30.

“I wanted to join USG because I didn’t feel that the School of Business was very well represented,” Weber said. “I wanted to be a voice for those students, to help them be heard.”