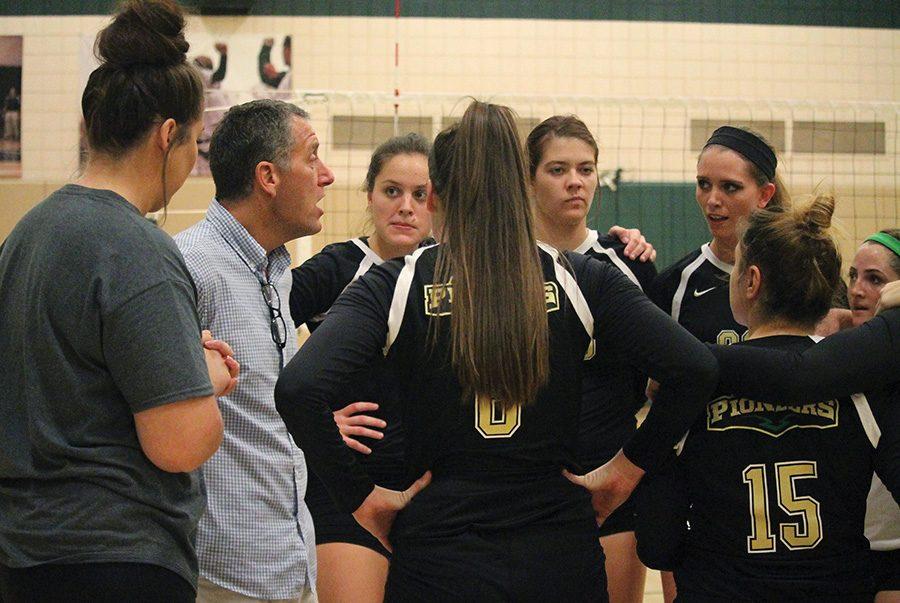 Mike Bruno talks to his team during a 2016 game against West Virginia Wesleyan.

“Point Park University volleyball head coach Mike Bruno has been relieved of his duties at the school. He was the head coach of the Pioneers the last 13 years.

As a matter of established policy, Point Park University will not comment further on this personnel matter.”

Bruno has coached at Point Park since 2005 and is the all-time winningest coach in program history. He was named River States Conference Coach of the Year in 2016.

This is a developing story. Updates will be posted as they become available.