Avoiding cabin fever in the city 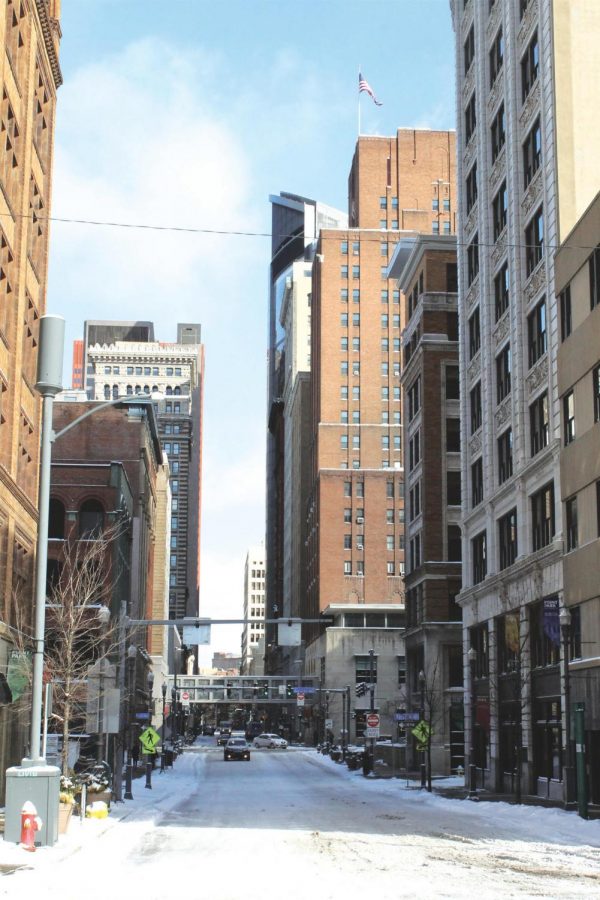 Western Pennsylvania weather is known for its unpredictability and its ability to go from negative temperatures to sunbathing weather overnight.

This weekend was a perfect example to the students of Point Park.

Friday’s high was 63 degrees and it was rainy for most of the day. Saturday, the high was only 24, and it dropped from there. Almost the entire city shut down in the afternoon on Friday to prepare for the winter storm that was coming.

Roads were flooded and most Pittsburgh officers and emergency personnel were out in full force.

With these drastic changes in weather throughout the region, students across Point Park’s campus have had to find ways to stay warm and avoid cabin fever during the wintery encompassment.

Junior broadcast reporting major Delaney Baumis is close to home at Point Park, only about an hour north, and is used to the cold and ever-changing weather.

“Luckily I have a job to get myself out of my apartment,” Baumis said. “I try to take as many hours as I can so I don’t just sit at home in a blanket cocoon all week.”

Of course, not all students are from the Pittsburgh region, and therefore, are not accustomed to the weather that it has to offer.

Sophomore public relations and advertising major Ashley Morris is from the Erie area, and is used to worse weather.

“Being from up north, I’m used to the snow,” Morris said. “It’s nice in the city because there are at least things to do, but Netflix is my best friend in the winter. I also play Sims a lot, which helps to pass the time.”

Students from south of Pennsylvania are affected as well, needing to not only adjust to the weather as it comes, but to invest in an entirely new wardrobe.

Sophomore psychology major Peyton Edington from Texas found herself in that situation.

“The biggest weather adjustment I had to make was collecting winter clothing,” Edington said. “Being from Texas, the only coat I came here with was a thin fleece, but soon I figured out that wasn’t going to work. Goodwill and Walmart have really well-priced winter gear. Now, I’m more bundled up than people who are from the area.”

Despite being used to very different weather conditions, all three students agree that the hardest part of battling the cold is avoiding cabin fever.

Events on campus are always happening, but most students want to venture away from the norms of being on campus on the weekends, even with the frigid temperatures.

“I often struggle with cabin fever during the winter here,” Edington said. “I suggest to head to a museum on the weekends. It’s a great way to get out. I also like to check online for free events in downtown, but even just inviting friends over for a movie helps.”