Groups cover a variety of books and topics, utilize local cafes and stores to discuss 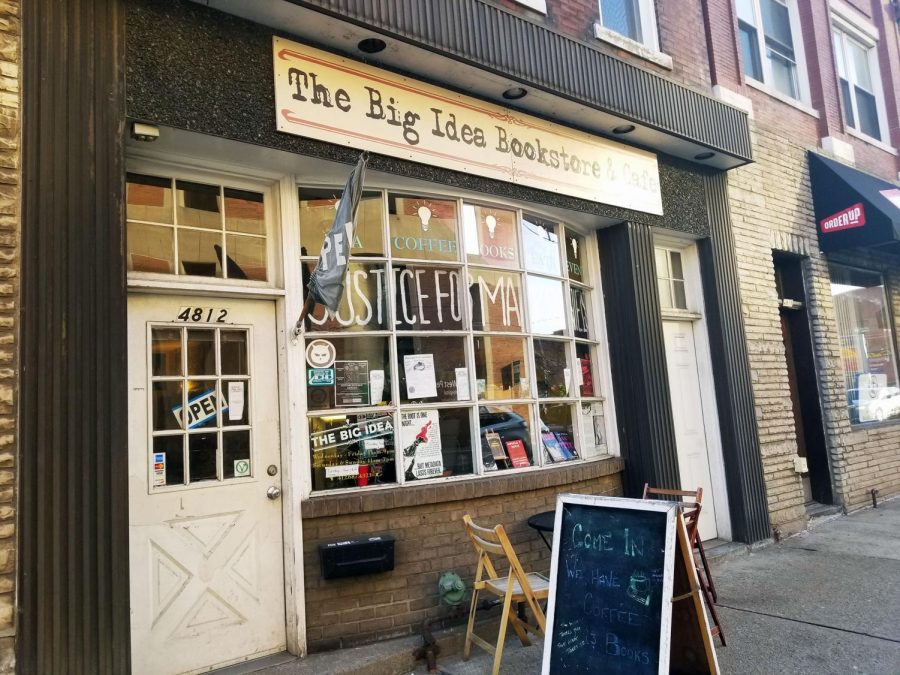 Alex Challoner wasn’t initially planning on starting her own book club when she moved to Pittsburgh from the West Coast – she actually wanted to join one.

Grace Muller didn’t plan on starting one either, but when she and a few friends gathered together to discuss “Yes Means Yes” by Jaclyn Freidman and Jessica Valenti, that’s just what it blossomed into.

Amanda Johnson said that with her job at The Big Idea Bookstore in Bloomfield, she sees that book meetings are commonplace and on a range of topics.

Although the titles these book clubs discuss may be very different, the overarching goals of the groups seem to be the same – a chance to branch out and meet new people in the community and discuss a common interest: reading stories.

A quick browse through libraries, bookstores and Facebook events in Pittsburgh will provide plenty of results for book gatherings. The most difficult part, perhaps, is narrowing in on just one or two.

Challoner, 36, of Carrick, said she had loved the horror genre since childhood, growing up reading the UK’s popular young adult series “Point Horror.”

“It’s very similar to the Goosebumps series here in the U.S.,” she said in a phone interview. “I am a huge horror film fan as well. When I was browsing the different clubs that were already started in Pittsburgh, I couldn’t really find one that interested me so I started my own.”

The group began holding their monthly meetings last September and has grown to 22 members on Facebook. The Library, a book-themed bar in the Southside, is the typical meeting spot.

The discussions aren’t too structured, according to Challoner.

“We usually kick off the discussion with whether or not we enjoyed it,” Challoner said. “The conversation naturally flows from there on different bits of the story.”

The title selection process is pretty laxed as well, usually picking books that are 350 pages or less so that members are able to finish the text within the month. Challoner also mentioned she makes sure the chosen books are easily accessible through local libraries.

“I have a huge personal reading list myself, but always try to get input from others,” Challoner said. “We try to read titles that are from different time periods and authors.”

The first book the club read together was “Carrie” by Stephen King. Next month’s title is “Something Wicked This Way Comes” by Ray Bradbury.

Challoner finds the book club to be a great way to have a regular social gathering to look forward to.

“I work from home as a personal assistant so this gives me an excuse to get out of the house and grab a drink while discussing books with people,” Challoner said.

Muller, 29, of Friendship, is a part of a feminist book club with similar roots.

“A couple of years ago, three of us were at brunch discussing a book,” Muller said in a phone interview. “We didn’t plan on a club, but that’s what it turned into. We had about 18 people at our last meeting.”

The book discussions started in fall of 2014. The group meets around six times a year, and always at a different coffee shop around Pittsburgh.

“We will usually have someone in charge of choosing a book and leading the discussion, often surrounding social issues,” Muller said. “We also have a pretty active Facebook group.”

Many of the women involved have worked in the media or studied journalism, according to Muller.

“We discuss a lot of media ethics and gender bias in the media,” Muller said.

The club is looking forward to reading Hillary Clinton’s newest book, “What Happened,” a novel responding to her time as the Democratic candidate for president of the United States in the 2016 election.

Muller and Challoner have similar sentiments.

“It is definitely a commitment, but it’s a great way to meet new people,” Muller said.

The Big Idea Bookstore in Bloomfield is another place one may find deep discussion of various literature.

The small shop on Liberty Avenue is an “antiprofit, cooperative bookstore and cafe” that has called Pittsburgh home since 2001. The volunteer co-op is run by 20 people and hosts a variety of book discussions and guest authors.

The large front window often displays politically critical posters under a shop sign that looks as if it were typed on an old fashioned typewriter.

The book discussions aren’t always centered around politics though, according to volunteer Amanda Johnson of Bloomfield.

“We have a mystery lovers night and a vegan book club that that has met once a month for the past three years,” Johnson said in a phone interview. “We also will take a section from the store and read through a few of them as a group, one being Semiotext(e), a publisher of contemporary philosophy.”

The Big Idea has a committee that consists of a few members of their volunteer staff that looks into favorite publishers and suggestions through word of mouth to come up with an order list of texts to fill the shelves.

Staff keep a bulletin board in the store, distribute a newsletter and use Facebook and social media to share events with fellow book lovers.

Johnson, who also participates in a book club at Sewickely Public Library, said her favorite part of being involved with book clubs is the ability to increase understanding of something she’s read.

“When I read something, I may understand it a little, but when it’s brought up in discussion, someone else may have caught something I missed the first time,” Johnson said. “It’s like having a favorite class without being in college.”