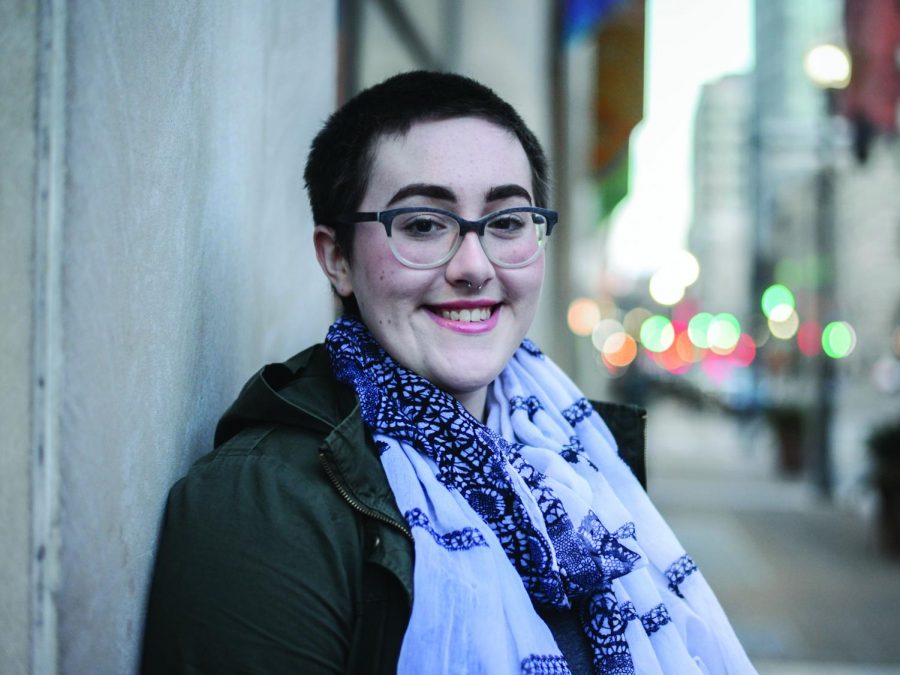 Nicki Jones visits the university occasionally, but she graduated nearly a year ago.

In late February, she looked at her Twitter feed. “[Jones] is one of the best to graduate from Point Park,” she read. “She has been doing great things ever since she graduated.” A red heart emoji concluded the Tweet.

“I was honestly really surprised,” Jones said by phone. “Once you graduate you don’t really expect to be a part of something like that.”

This compliment was anonymously submitted to a Twitter account started last fall called Point Park Positivity, which posts any compliments submitted about students, staff or faculty.

The operator of the account has not identified herself on the page’s description or in any tweets. However, through direct message correspondence with The Globe, Mya Burns, a freshman journalism student, revealed herself to be the woman responsible for facilitating these positive vibes.

Followed by over 150 users, Burns’ Point Park Positivity has published over 60 compliments, though some people have received multiple compliments.

“It’s really nice to see people get happy and say that it made their day,” Burns said in a phone interview. “You never know when someone could have been having a really bad day.”

There was a similar account run by someone at her old high school, according to Burns, but this account was created for a more specific purpose. A series of other accounts instead focused on spreading anonymous insults of students plagued the school.

Inspired by the positive account’s aims toward kindness, Burns decided to do the same during her first semester at the university.

“I thought it would be really cool to bring that kind of atmosphere to college,” Burns said. “It’s harder to reach out and see the same people all the time because some people don’t stay on campus, so it was for people to see it is a community of people who really like each other.”

When she started the account, Burns’ intent was to keep her role quiet. However, soon after she created it, her friend and fellow freshman student Mya Pici figured it out, Pici said by phone. She knew Burns had already been leaving positive notes on their floor in Thayer, spinning out of Burns’ involvement in the on-campus club Campus Cursive.

When Pici discovered the account, she brought it up while they were hanging out one day.

“I could just tell by the way she reacted,” Pici said. “And I asked her if it was her, and she couldn’t lie about it.”

Starting out, Burns submitted some compliments herself to get things going. Before long, compliments were rolling in.

One such compliment was about Felicia McKinney, head of the university’s social media. It was as follows: “[McKinney] is a superhero for running PPU social media as well as she does. [Our] Twitter account is one of the best things about Point Park and makes so many students here smile.” She ended the tweet with a smiley face emoji.

It was a “very affirming” sentiment, McKinney said by phone.

McKinney sees value in emphasizing positivity when running the school’s social media accounts, she said. Last semester during finals week, the university’s Twitter account tweeted over 150 replies to students who said they needed a pick-me-up, according to McKinney. One included a gif of a pack of puppies spilling out of a basket.

She believes the Point Park Positivity account has potential to grow.

“I would just say to keep at it,” McKinney said. “Like anything, you start somewhere… I think if someone is invested, you could build this into something that is a really positive force for the university and just to spread joy to someone.”

Burns believes identifying herself could also help to grow the positivity she has helped spread.

“If people know it’s me, maybe people will feel more comfortable coming to me, either through the Twitter account or just by seeing me,” Burns said. “If anyone has ideas or more ways to make positivity grow on campus, I would totally love for people to see me as someone who would be willing to help with that.”