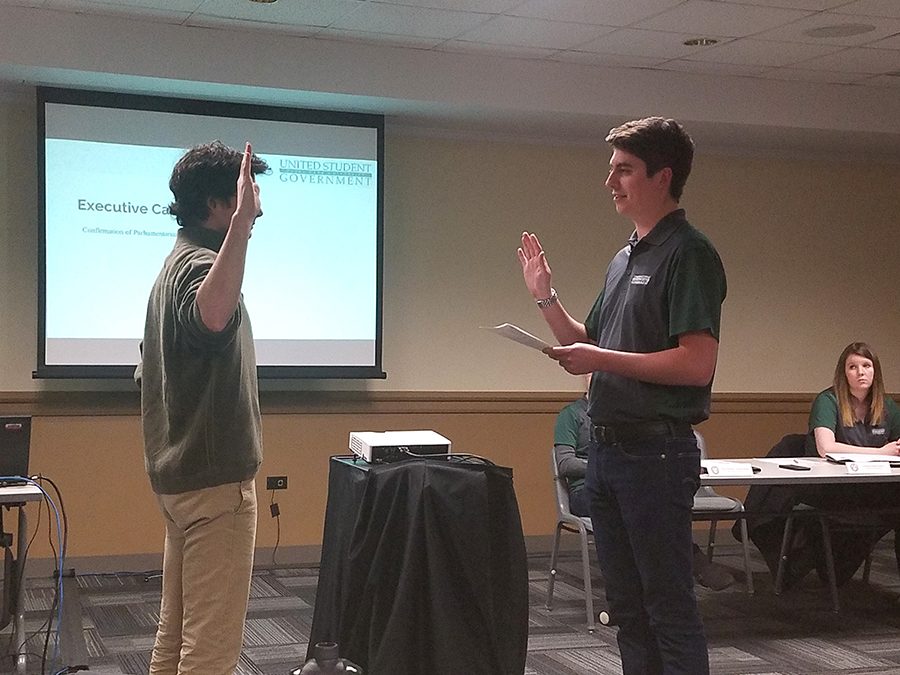 Across the board, USG cut each food request in half and denied funding for trips and conferences due to an overall uptick in the amount clubs were requesting. Even so, the legislative body approved $14,625 in club allocations for events ranging from Criminal Justice Club’s “Cakes for Cops” event, to the annual Her Campus PMStival and Theatre Club’s COPA Prom.

Autumn Barszczowski, president of the Point Park chapter of Advertising Federation and Public Relations Student Society of America (AdFed/PRSSA), asked the legislative body why the finance committee chose not to fund any of its requested $2,435 for attending a conference.

“As a professional organization, it’s hard for us to not have funding for these trips,” Barszczowski said Monday. “This is one of the only networking events we can offer.”

AdFed/PRSSA was not alone: All Things Horror, Confluence Psychology, Her Campus, the Honors Student Organization, the Society for Intelligence and National Security and Young Americans for Liberty were denied funding for proposed trips.

AdFed/PRSSA, Young Americans for Liberty and Confluence Psychology received no funding, primarily due to the trip funding decision.

Rugby Club received the largest amount of funding, primarily for costs associated with games. The Honors Student Organization, Forensic Science Club and Dance Club all were granted greater than $1,000 worth of funding for various events.

Phi Beta Lambda (PBL) was denied funding for both a trip, an end-of-year banquet and a speed networking event. PBL treasurer Jenna Herman asked why they received no funding for its events.

“After review, we decided not to fund any of Phi Beta Lambda’s budget due to large overspending last semester,” Bauman said.

PBL spent beyond its allocation last semester, resulting in a change in how the club gets purchases approved. According to Herman, all purchases need to go directly through Assistant Coordinator of Student Involvement, Rachel Phillips. In the past, PBL could purchase requests approved and handled through work study students in the Student Activities, Involvement and Leadership office (SAIL).

At the meeting, Herman primarily took issue with USG not informing her of an imposed funding sanction, but said she understood its position based on the circumstances.

In addition to funding, the legislative body approved President Robert Bertha’s nomination of Matt Bauman as parliamentarian. The parliamentarian is the chairman of the rules committee and ensures organizational compliance with USG’s constitution.

Bauman, a senior creative writing major, has served on USG since the beginning of the 2017-2018 school year and was appointed chairman of the Pioneer Community Day committee. Bauman replaces Zac Seymour, who took a position at an advertising firm and could no longer continue his duties as parliamentarian.

The legislative body also discussed the upcoming USG debates. The deadline to apply to run was this past Friday, and the candidates for president and vice president will debate live from the Center for Media Innovation Wednesday, March 21 at 8 p.m. Senate candidates will offer statements during the breaks of the U-View broadcast.

Disclosure: AdFed/PRSSA president Autumn Barszczowski is the business manager for the Globe.