All in with Allison – Celebrating seniors 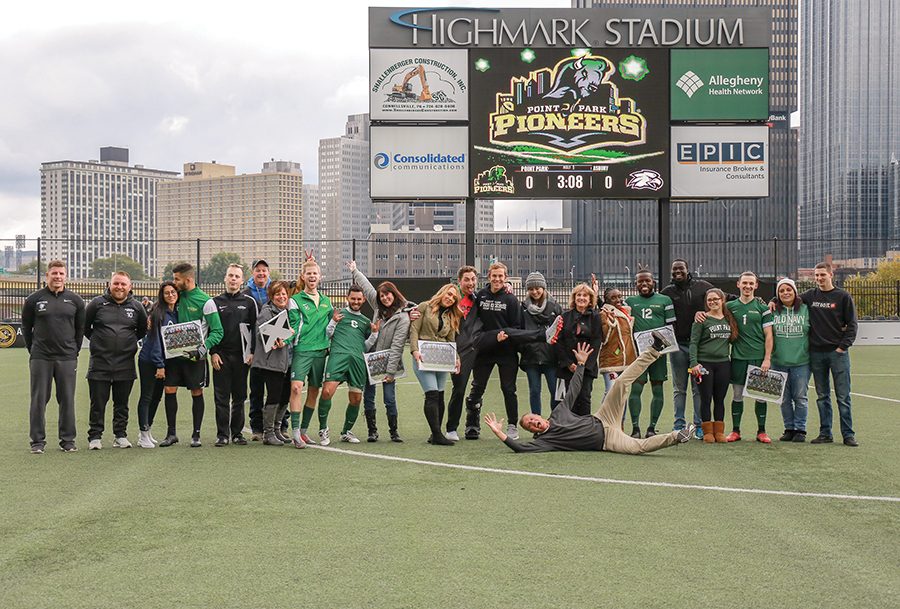 Seniors of the men's soccer team pose fora photo before their game last Saturday. The team's final home game will be played next Wednesday at 5 p.m.

The men’s and women’s soccer teams honored its seniors this past Saturday at Highmark Stadium, although both have one more home game to finish up their regular season.

Both teams are losing a lot of talent to the year, with both starting goalkeepers for the men moving on. On the women’s side, starters Fabian, Pennock-Franke, Magliocca and Bower all played their final River States Conference game.

Student fans who attended the game received a free tee shirt in support of their fellow Pioneers during their last regular season game at Highmark Stadium.

Both teams will be back in action for their final conference game at Indiana University East before coming back to Pittsburgh for a last, and no doubt emotional, non-conference matchup against Washington Adventist on Halloween.