All in With Allison – X Marks the (Top) Spot 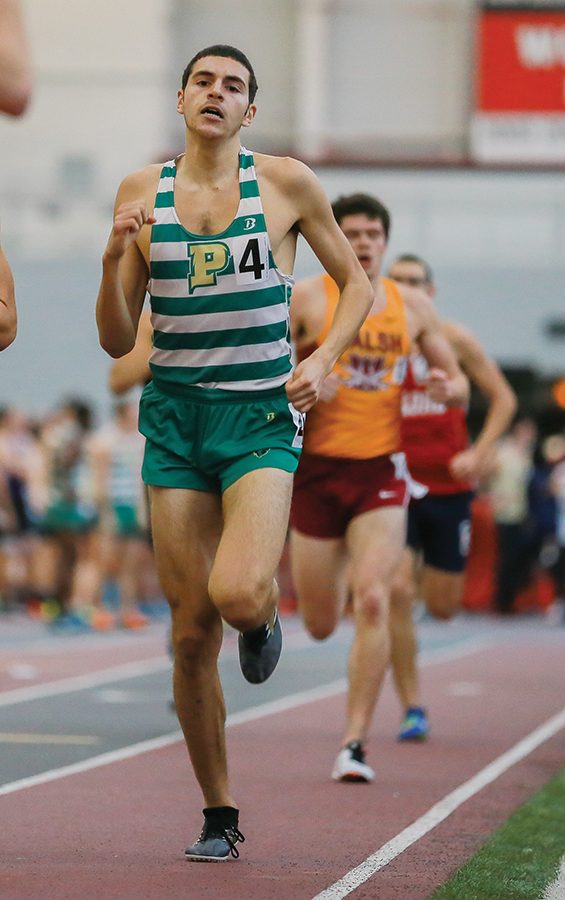 Anna Shields is a name we have all heard over and over again, and for a very good reason – she is the best athlete to come through Point Park since the school’s founding.

Like the women’s team, the men’s team has one name that seems to stick out above all of the rest: Xavier Stephens.

Stephens has been a force on the team since he first arrived in the fall of 2016, but his school records started accumulating just one semester later.

It started during the indoor track and field season, setting a school record in the 1,000 meters with a time of 2: 34.56 seconds, placing ninth in the event at the meet.

When his first outdoor season in the green and gold began, he never cooled down. Stephens set two different school records at the second meet of the season, one as a part of the 4×400 relay, and the other in the form of a second-place finish in the 800 meters, running a time of 1:56.23.

His performance in that meet gained conference-wide attention, winning him recognition as the River States Conference (RSC) Men’s Outdoor Track Athlete of the Week.

Now, I think I have proven my point about how Stephens has been producing as a Pioneer since his freshman year. He started setting school records and running personal records since he stepped foot on campus, but he is running the best times of his career this year, so let’s jump forward two years.

This past cross country season saw a ton of success by Stephens, winning the RSC Men’s Cross Country Runner of the Week title three times.

The icing on the cake, however, was the school record that he set while competing at the National Association of Intercollegiate Athletics (NAIA) Men’s Cross Country National Championship.

Stephens claimed the unofficial title of fastest man in Point Park men’s cross country history, breaking the 26 minute mark in the 8,000 meters with a time of 25:59. This feat was the second time he posted a personal record at a national meet.

So far during this indoor track and field season, Stephens was a part of two top-ten NAIA times at the PSU Nittany Lion Challenge, securing him his first RSC Men’s Indoor Track Athlete of the Week of the season for the week of January 7-13.

I am optimistic for more success this season, as Stephens was also named the RSC Men’s Indoor Track Athlete of the Year last year as a sophomore.

Like Shields, Stephens shows no signs of slowing down anytime soon on or off the track, so it is up to us to keep up.