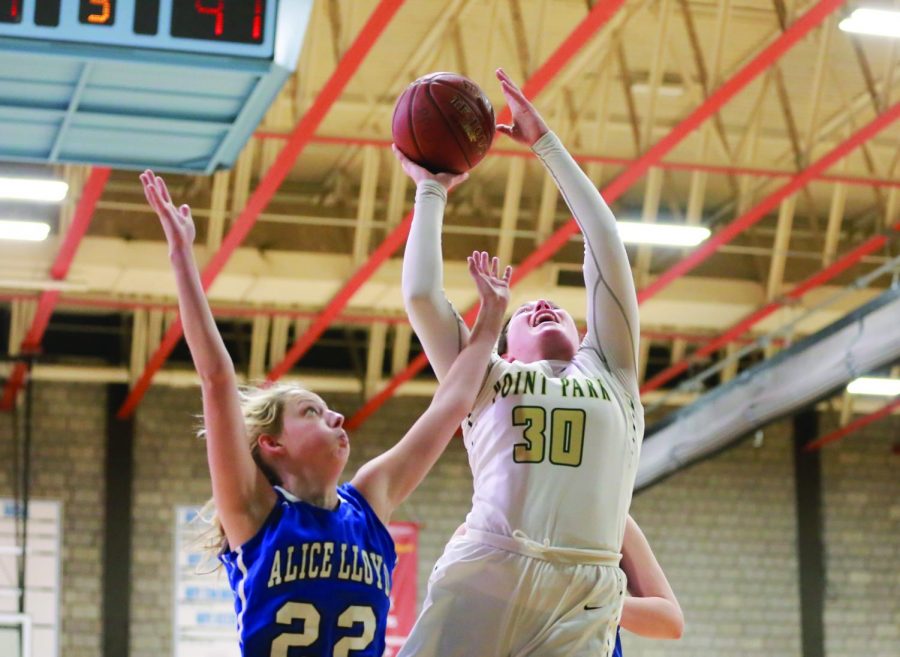 The women’s basketball team had one chance to pick up another River States Conference (RSC) win before their bye week, as they traveled just under three miles away from campus to Carlow University.

The Pioneers opened up the game outscoring the Celtics 24-6 in the first ten minutes.

Continuing their dominant offense, Point Park matched its 24 points in the second quarter and held Carlow to just 17, heading into the locker room up 48-23.

Junior guard Baylie Mook scored 13 points by the end of the half, topped only by senior forward Sam Weir’s 14 points in the same amount of time.

Point Park only committed one turnover in the entire first half. Despite shooting only 35 percent by halftime, the Pioneers’ defense limited the Celtics to 22 percent.

The second half started with more of the same play from the Pioneers, who extended the lead to 30-plus points on multiple occasions throughout the third quarter.

After some back-and-forth late in the third, Point Park ended the quarter with a 71-41 edge over Carlow.

The Celtics had a fourth quarter rush, outscoring the Pioneers 22-7 in the final ten minutes, but the push was not enough to put them on top. Point Park took the win 78-63.

The win marks Point Park’s third win in a row, which is a season-long win streak for the team. This victory also puts the Pioneers over .500 in RSC play, now boasting a 7-6 record in the conference and an 11-13 record overall.

Mook scored just three points in the second half, but it was enough to give her a career-high 16 points on the night. Weir extended her point total to 18.

Senior captain Kaitlyn Smith and sophomore guard Michelle Burns did most of their contributing in the first half. Burns ended the night with seven points, seven rebounds and a game-high six assists, while Smith added in six points and eight rebounds.

Looking at the conference picture, Point Park remains in third in the RSC East division. IU East is the sole owner of second place, remaining 2.0 games above the Pioneers. With another win this week, WVU Tech held onto its 3.0-game lead in first place.

Point Park only has four games remaining, two of which are against the teams that rank above them in the conference.

The Pioneers will next return home for their Senior Night, hosting Rio Grande after honoring Weir and Smith in a pre-game celebration.