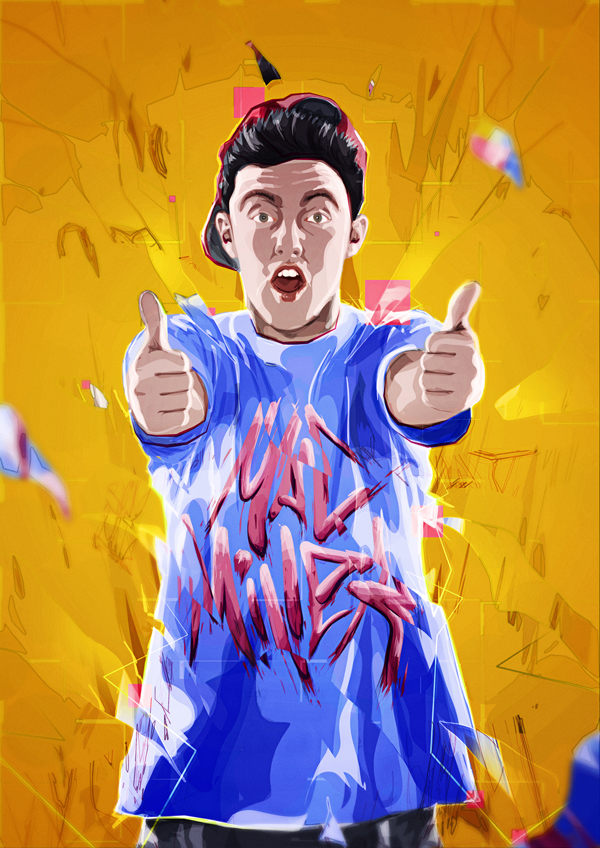 Releasing an album posthumously, after the death of an artist, is seen as a way to give an artist one last composition of their life. It’s a way for the artist to give a final goodbye and for the fans to get closure. This is very true for Mac Miller and his new album “Circles” released on Jan. 17.

Miller was a Pittsburgh native hip-hop and rap artist. He started off his career with classic rap and hip-hop songs that appealed to a younger generation. His music began to mature though, and this is where his career really took off. He became a record producer for many artists under the name “Larry Fisherman.” Miller created albums which encompassed his true feelings and raw emotion. His albums had much more than just a Soundcloud rapper’s sound and progressed into songs that buried themselves into the listener’s soul.

The most defining start to these emotion-filled albums was Miller’s “The Divine Feminine,” where he explored love and what love meant to him. Besides a shift in meaning, the album had a shift in sound as well; it included more singing from Miller and less rapping and more R&B and funk. His music matured entirely and set the basis for his next albums, leading up to the release of “Swimming” in August of 2018.

Unfortunately, Miller passed away from a drug overdose on Sep. 7 2018. However, Jon Brion, who worked as a producer with Miller in the past on “Swimming,” produced a final album for Miller. This new album serves as the second half to “Swimming,” called “Circles” which was released posthumously.

“Circles” is a set of songs that each carry a different meaning, but all lead towards the same theme of moving on and leaving the past behind, and looking forward to the better. It’s all about healing in different forms over love, addiction and pain. It’s possibly the best way that Miller could leave his music—with healing.

The songs mix many different genres and sounds of music. Some songs lean towards indie music such as “Good News,” but others lean towards Miller’s roots like “Hands.” The album incorporates so many different sides of Miller, giving one whole album that represents him. Miller even plays guitar on “That’s On Me” and bass on “Everybody.”

Each song also takes on a different composition of musicality. “Surf” mainly consists of guitar and vocals which gives a very stripped-down, personal feel to the song. It works perfectly along with the lyrics which speak of questioning, searching and not knowing. It’s almost as if Miller is speaking to himself.

“Complicated” on the other hand, has synths, bass, drums and voice cuts filling the sounds behind his voice. It’s a complete sound rather than its stripped-down counterparts. It fills the song with vibrancy and fulfilled sound, creating a different tone than the other songs, making it sound more hopeful.

The whole album is a very interesting mix between the old Miller and his progression as an artist. What stands out the most above all else with the new album are Miller’s lyrics. The whole album very clearly outlines Miller’s thoughts and feelings on his past and future.

Lyrics like “Good news, good news, good news / That’s all they wanna hear / No, they don’t like it when I’m down,” from “Good News” speak about Miller’s inner struggle. It shows how he was falling, but put on a happy face because that’s what people wanted to see, when in reality, all he wanted was help.

Other lyrics speak directly to the listener such as “Don’t keep it all in your head / The only place that you know nobody ever can see,” from “Once a Day,” which tells listeners to take care of themselves and to not be afraid to reach out and get help. It’s the perfect ending song to give listeners a sense of solace and care.

The songs all have lyrics that cut deep not only for Miller but for listeners as well. It’s a very raw, uncut album which speaks to the soul of the listener.

The album overall is the perfect companion to Miller’s “Swimming.” It’s filled with sounds and lyrics that show the maturity of Miller’s music. It provides fans with the perfect end to Miller’s songwriting and gives them something to hang on to. The instruments used give each song the perfect tone to go along with the meaning, and overall it’s a raw, emotional, personal album for Miller. It may not be a perfect album with consistency and development, but that’s what makes this album so great. It isn’t perfect—it’s real and stays true to himself, and that’s what Miller’s music is all about.