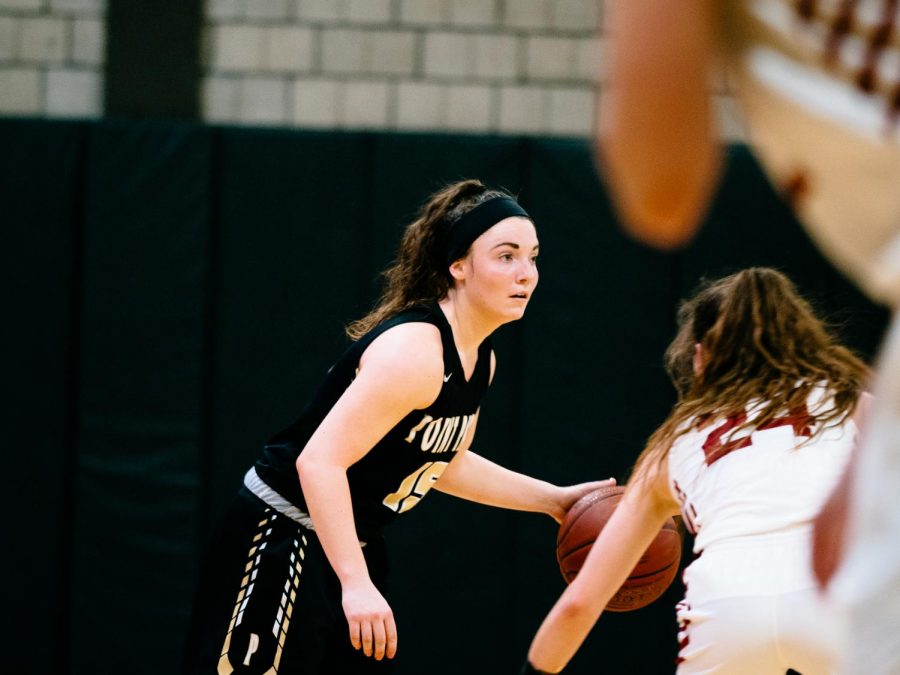 On Friday, the Pioneers welcomed the Brescia Bearcats to CCAC-Allegheny.

Brescia out-scored Point Park by one in the first quarter and scored 15 points in each of the third and fourth quarters, but it was the Bearcats’ second quarter that put them so far above the Pioneers.

Junior guard Michelle Burns came out in the second and scored five quick points to put the Pioneers up 23-19, but the Bearcats took the lead shortly after and never looked back.

Brescia ended the half up 46-27. It was that quarter alone that would lead to their 76-55 victory over Point Park.

Burns ended the match with a game-high 20 points, followed by freshman guard Taylor Rinn’s double-double of 11 points and 10 boards.

The Bearcats shot 54-percent in the first half, but cooled off to just 23-percent in the second. Point Park shot 31-percent overall and made just three of 24 attempted treys, six below their season average.

Moving on from their offensive struggles on Friday, the Pioneers were back on their home turf to host IU Southeast.

The Grenadiers got off to a fast start, out-shooting Point Park 22-14 in the first quarter.

Thanks to a 16-6 run to end the half, Point Park cut that deficit to 38-37 before heading to the locker room.

The Pioneers’ rally was not done at the half; Point Park out-scored Brescia 25-12 over the third quarter.

Senior guard Tyra James capped off the third quarter run with a 3-point buzzer beater shot. That trey was monumental for James, as it tied the Point Park women’s basketball career 3-point record of 191 that was set by April Austin from 2009-13.

The Grenadiers rallied again in the fourth quarter, but it was not enough to edge out the Pioneers.

The Pioneers had a better overall shooting game than the game against Brescia, shooting 42-percent overall and 40-percent from beyond the arc.

Point Park will hit the road this weekend, heading to Kentucky for two conference games against Asbury and Alice Lloyd.