Dean of School of Communication to start in June 2020 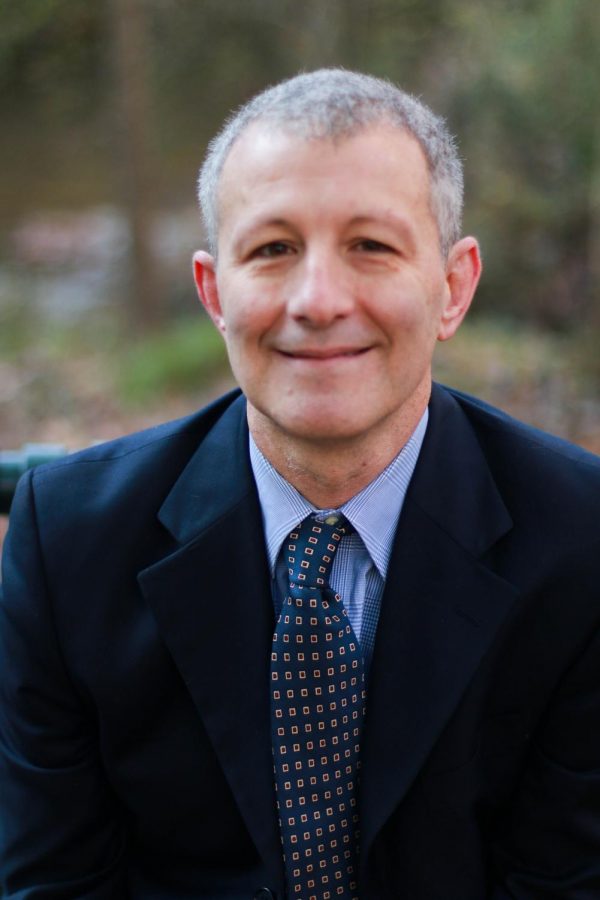 Point Park University hired a dean for the School of Communication that will begin this summer.

Provost and Senior Vice President for Academic Affairs John Pearson sent an email addressed to faculty and staff on Jan. 24 announcing the hiring of Raymond “Bernie” Ankney, Ph.D., as the Dean of the School of Communication.

Ankney will come to Point Park from Samford University in Birmingham, Ala., where he served as Chair of the Journalism and Mass Communication Department for 13 years.

In June 2018, Ankney announced that the 2018-2019 school year would be his last as Chair, and he began searching for dean positions that fall.

“When the Point Park position opened, I was just ecstatic,” Ankney said. “I grew up in western Pennsylvania, and I’ve always viewed Point Park as a sleeping giant. This is a university that has so much potential.”

Pearson is optimistic about Ankney’s future at the university due to his “track record of success.” In the email from the Office of the Provost, Pearson explains that during Ankney’s time as Chair at Samford, he advanced the university in various ways.

“His record of success is important because it shows that he can not only see what’s possible, but he can work with the faculty and think, ‘how can we get from where we are to where we want to be,’” Pearson said.

Associate Professor of Broadcast Production Robin Cecala chaired the search committee for the School of Communication dean and also vouched for Ankney’s ability to “click” with the faculty.

“He had the experience we were looking for,” Cecala said. “He really had the enthusiasm. He was really excited about Point Park. He really had a lot of good ideas. You really felt like he was going to come in here and do his best to push the School of Communication forward, unite everybody and provide a good future for us.”

Ankney wants to focus on recruitment, raising money for students, alumni outreach and even detailed a few specific ideas he has for the school, with an ultimate goal to make Point Park a national program.

“There are some things that Point Park does that nobody else is doing, and I think this program right now is in a great place to take off and really grow,” Ankney said.

One of Ankney’s ideas is to introduce a sports communication major.

“I think there is enormous potential to have a sports communication major in Pittsburgh,” Ankney said. “I would love to partner with the professional sports teams since Point Park has so many alumni working there. Our sports media minor at Samford has allowed me to bring kids in from all over the country. I feel very confident that the sports communication program, maybe we’ll partner with [Rowland School of Business] on that, will be a huge draw and bring many new students to Point Park.”

Another idea of Ankney’s focuses on entrepreneurial journalism.

About eight to nine years ago, Ankney noticed that about a third of his journalism students were starting their own businesses, and he would like faculty and alumni to help seniors create business plans that will allow graduates to successfully start their own publications or businesses.

“I very much think a future of journalism education should be focusing on giving students the skills they need to start their own publications and their own production businesses,” Ankney said.

Ankney plans to emphasize the importance of student media at Point Park, on-campus experience he views as “invaluable.”

Additionally, Ankney wants to create a Student Advisory Committee to hear from all School of Communication students on how he can better serve them.

Ankney’s action plans align with Pearson’s observation that Ankney is student- and teacher-focused. Ankney will even teach a course during his first semester on campus.

“I’m really happy that Bernie wants to take that time and get to know our students to teach and be known as a teacher and an administrator who strongly values the role of teaching in the work of the faculty,” Pearson said.

Pearson says Ankney is not only intelligent, but he has a social, relational and emotional IQ that makes him great with people.

“He’s sincere, he’s honest, he’s very direct,” Pearson said. “As a candidate, he was one of the most direct people I’ve ever interviewed in my career.”

Pearson noted the School of Communication has “really exceptionally talented faculty” who “care deeply about what they do.” Pearson said it’s important to bring in a dean that will work well with the existing faculty.

Overall, Pearson believes Ankney is a great fit for the position.

Ankney desires a collaborative effort and encourages students, faculty and staff to approach him with ideas to better the entirety of the School of Communication.

“I think the potential is just incredible, and I am honored to be chosen for this role and for it to be in an area of the country that I just absolutely adore,” Ankney said.

Ankney is a Ligonier, Pa. native and said he was “one of those kids who knew he was going to be a journalist at a young age.”

Around ages thirteen and fourteen, Ankney was writing sports stories for the Ligonier Echo including softball, baseball and other high school sports. He graduated from Ligonier High School in 1983.

Ankney’s young desires became reality as he graduated from Indiana University of Pennsylvania (IUP) with a journalism degree in 1987. He then moved to Washington D.C. and worked as a reporter for health science publications for five years.

In 1992, Ankney moved to Johnstown, Pa. and worked at Conemaugh Health System as Director of Scientific Communication and also started his own magazine, Western PA Medicine.

In 1996, Ankney earned his master’s from Syracuse University and then went to University of North Carolina at Chapel Hill for his doctorate.

Ankney held his first teaching job at Temple University in Philadelphia, Pa. and accepted an offer in 2002 back at IUP as a faculty member before being promoted to Program Director. Then, Ankney accepted the position he is currently finishing at Samford in 2006.