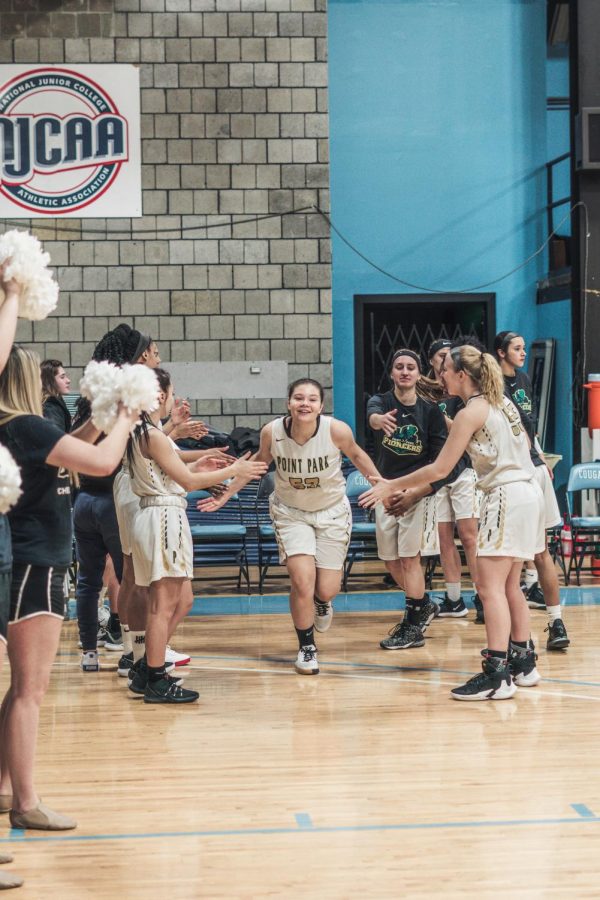 The Pioneers’ first game came last Tuesday at Rio Grande, the No. 3 scoring offense in the country (89.0 points per game).

It was a back-and-forth game for the entire 40 minutes, but the RedStorm was able to out-shoot Point Park 49-percent to 40-percent. Rio Grande also led in rebounds, 48-36.

The game was defined by ten ties and eight lead changes, all of which occurred in the second half, and ultimately resulted in a 95-89 win for the RedStorm.

13 treys headlined the Pioneers’ game, with 11 of those coming from the duo of junior guard Michelle Burns and freshman guard Taylor Kirschner.

Burns’ five 3-pointers totalled 71 on the season for her, a record for most treys made in a single season.

Kirschner sank six from beyond the arc, closing in on Burns’ record with 69 of her own by the end of the night.

Those two also led in scoring for the Pioneers, as Burns recorded 29 points and Kirschner scored a career-high 24.

With the RedStorm game behind them, the women headed back to CCAC-Allegheny on Saturday to host No. 25 ranked WVU Tech.

Coming into the game, Tech had a 30-game win streak against RSC competition, including playoffs.

The Pioneers looked to stop the 14-0 Golden Bears in their tracks, but were unsuccessful in their penultimate game on their home turf.

Freshman guard Taylor Rinn posted another double-double with 24 points and 13 rebounds, leading the Pioneers in both.

Another freshman guard, Lexi Petit, recorded a career-high 23 points to pair with her six assists, six rebounds and four steals.

All together, Point Park shot 47-percent overall and 33-percent from 3-point range, but it was not enough.

The Golden Bears kept their undefeated streak alive, placing the Pioneers in a difficult position.

“These next two games are absolutely crucial,” Burns said. “At this point, it’s win or go home, so we need to be totally locked in. We’ve faced a lot of adversity these past weeks, from long bus rides to daunting schedules, so I think we’re up to the challenge and we’ll be ready to go come game time.”

The Pioneers play next at IU East before their Senior Night game at home on Saturday against Ohio Christian University.