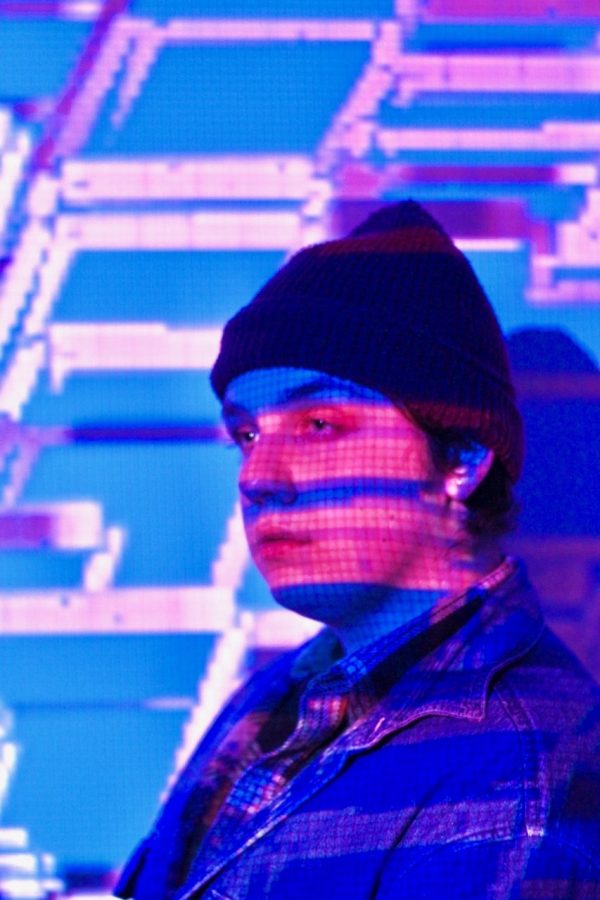 Jeremy Beveridge, a sophomore acting major, recently directed the play “Constellations,” which debuted in the middle of February in Thayer Hall.

Beveridge has been interested in acting and theatre since he was young. He applied to multiple conservatory programs at different schools before being accepted to Point Park, where he can fully explore creative storytelling.

“As far as acting, I sang a lot as a kid, and I still do, but I fell in love with the art of storytelling somewhere along the way,” Beveridge said. “And every day I wake up and get to study what it means to be a vessel for a person’s story and that is just everything to me.”

Beveridge has also directed plays before, starting at the community theatre in his hometown. There, he directed several children’s shows. However, “Constellations” was on a completely different scale compared to the other shows he has directed.

“‘Constellations is a beautifully written play by one Mr. Nick Payne,” he said. “I cannot speak to his written process, in terms of how it came about, but I read the play last year and immediately fell in love with it.”

Beveridge loved the play so much that he decided to submit it to Pinnacle Productions, and his idea was picked up as one of the three shows this season.

“It was definitely a challenging process for me personally,” Beveridge said. “I had so many moving parts, technically, and I delegated all of the duties to a small group of very talented and creative people like Peter Brucker, Pinnacle’s technical director, Noah Neale, a sophomore film student, and my incredible actors Vanessa Vivas and Joshua Leon, as well as a few other people who were kind enough to aid the process.”

He is thankful that he casted the actors that he did, as he said they did so much work and had “impeccable instincts.”

“The most difficult part had to be making sure all of the tech elements that I wanted fit the show properly and worked as an illumination of the story, as opposed to an unneeded distraction from the text,” Beveridge said. “I would like to think that I succeeded in that respect.”

The best part of the experience, to Beveridge, was sitting back and watching everyone experience the play together and to watch all of the hard work pay off.

“Each performance was a reminder that we are all here to share stories and art together as a community of students, and the recognition of that was so strong to me after each night,” he said.

Looking forward, Beveridge is currently rehearsing for a play that will open Mar. 14 and will go through Mar. 16.

“I am currently rehearsing for Jennifer Hoppes’ piece, ‘And Then There Were None’ by Agatha Christie, and the cast is all having a blast doing that,” he said.

Beveridge would like to direct more plays in the future and is hopeful that the next time he will be directing something he has written.

WHAT MAKES YOU A PIONEER:

“I suppose I would say my willingness to try something that may not succeed makes me a Pioneer. I know my strengths and yet I try to strive to stretch and challenge myself. I believe that that is something that I am learning to praise about myself at this school, especially in the program that I’m in.”