Somehow, all but one of the albums I have reviewed this week are the sophomore projects of each respective band. This is also my second album review column, so I guess it is fitting. As January comes to a close, higher-profile releases are slowly trickling out, and expectations continue to grow higher. Still, there are gems that you may pass over, and hopefully, these reviews might guide you to that diamond in the rough. 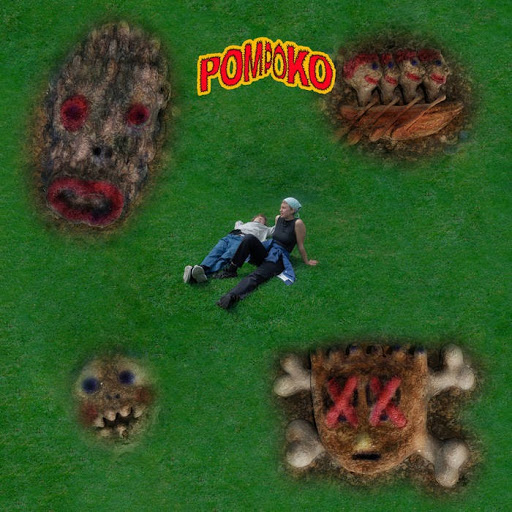 With the streaming era allowing more people than ever to create and release music to a wider audience, it seems that a lot of young musicians are struggling to come up with a name. While there is a sea of eye-roll worthy band names, Pom Poko caught my eye. Named after one of the more obscure Studio Ghibli films, the group hails from Norway. When it comes to punchy indie rock bands, Scandinavia isn’t exactly the first place many people look. Despite this, the group managed to create an exceptionally warm and fun album.

“Cheater,” the group’s sophomore album, is a bright and cheery mix of indie rock, noise pop and math rock. The group has a lot of energy and keeps things interesting throughout the album’s tight runtime of just over half an hour. Lead singer Ragnhild Fangel has a unique way of enunciating that provides just the right amount of quirk to complement the style of music she and her band play. The band utilizes traditional rock instrumentation while occasionally adding embellishments of synthesizers here and there.

Songs like the title track and “My Candidacy” are great examples of how this album blends catchy melodies and jerky rhythms to create dance-punk earworms. There are some slower moments as well, such as the nostalgia-evoking “Danger Baby.” The cheery atmosphere is carried throughout every song, and it never really dips in quality.For anyone not familiar with more adventurous styles of indie rock, Pom Poko serves up a great introduction. It is never too noisy or unconventional and doesn’t veer too far into more dissonant territories. For someone who is more accustomed to this type of music, they might find it lacking in new ideas and may fault it for not taking enough risks. Still, “Cheater” is worth taking a shot at if you are looking for some fun indie rock that doesn’t reinvent the wheel. 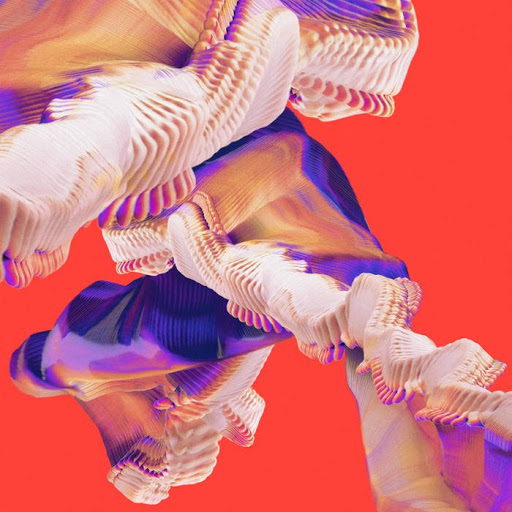 The initial quarantine last spring led the country to be secluded in their houses for a large chunk of time. During this time, I listened to music, as I always do. Rather humorously, I found myself diving deeper into house music. I’ve always had a surface-level appreciation for the genre, but I had not gone too deep in my exploring prior to last year. Of my limited house exposure, Bicep was a group that was already on my radar thanks to their 2017 self-titled debut album. While it didn’t blow me away, I was curious to see what their next record would sound like, as many house musicians rarely keep the same style from album to album.

And so Bicep released “Isles,” the duo’s second full-length album. I commend them for nailing down an inviting atmosphere, but the record isn’t all that exciting. Many of the tracks stay relatively stagnant during their runtime and lose the listener’s attention halfway through. There are some standouts, however. “X” injects the album with some much-needed pep with its borderline acid house percussion. There are vocals on the track, and on a few other tracks for that matter, but they are barely used for anything more than some added atmosphere.

Whether you are an avid house fan or someone new to the genre, this probably isn’t going to be something you’d want to dive into unless you aren’t sure what to listen to and need to pick something on the fly. It’s not a bad album from a technical perspective; it’s just not all that interesting. Hopefully it is just a sophomore slump because I would really like to see Bicep flex their muscles on their next release. 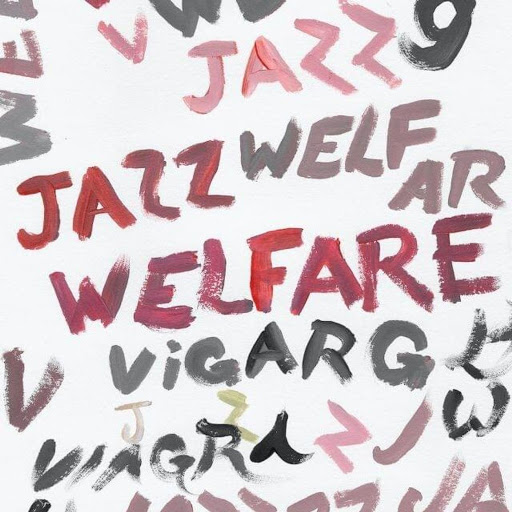 My sophomore year of college provided me with one of the best rooming situations I could have possibly asked for. My two roommates introduced me to many things that have impacted me heavily, whether it be film, music, or other various forms of media. I love both of my former roommates to death. Sadly, both are no longer on campus. The roommate who lives farther away had quite the taste in music. When I met him, he had a Pere Ubu shirt on, and after my recognition of the band, he stated I am likely one of the only other people on campus who knows about that band. When we ended up rooming together, he unloaded a lot of music on me that I have come to enjoy. Among those bands was the Swedish punk group Viagra Boys.

I will admit, I didn’t fully get them at first. But after a while, their grimy aesthetic soon began to latch its greasy grasp onto my music taste. When they dropped their sophomore album “Welfare Jazz” a few weeks ago, I was hooked. The gritty and unwashed vibe of their prior work is carried over onto this release, but it is given embellishments of dance-punk and new wave.

Opener “Ain’t Nice” kicks the album off with a bang as vocalist Sebastian Murphy shouts along about how he was a self-described “bad guy” prior to recording the album. Murphy’s lyrics throughout the album seem to grow from apathetic to hopeful as the record progresses. “Creatures” likens drug abusers to deep-sea creatures scraping by on the bare minimum, while “Toad” speaks about wanting to maintain a drifter lifestyle and not settle down. Later tracks like “To The Country” take a more optimistic route, as Murphy croons about finally coming to terms with taking life slow and appreciating what he has around him.

Instrumentally, the band incorporates a more dance-orientated rhythm section. The drums drive the grooves along at a steady pace, and the throbbing bass lines complement them nicely. The synths scattered throughout add some excellent textures, such as the shimmering pads in “Creatures” or the pseudo-calculator noises in “Ain’t Nice.” Sebastian Murphy has a very personable voice, and you can feel the emotion in the way he strains it but keeps it firmly in his control. Most importantly, the band continues to show that saxophones need to be integrated more into rock and punk music.

“Welfare Jazz” is not a perfect album, but it certainly is one of my favorites of the year so far. If their contemporaries deliver on this caliber, then we have an insanely enjoyable year of music ahead of us. 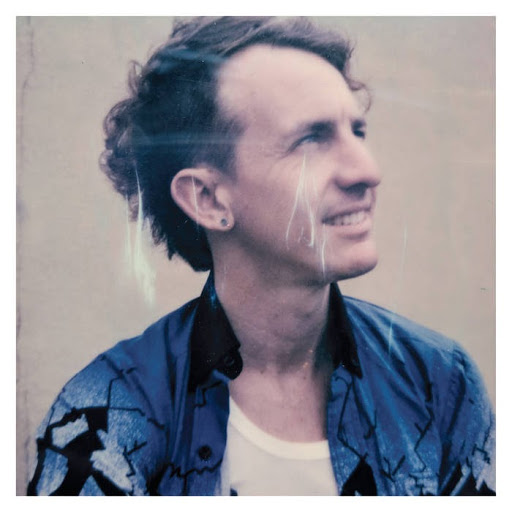 For those who aren’t familiar with Buck Meek, he is the guitarist and backing vocalist for the indie-folk band Big Thief. When you are in a band with vocalist Adrianne Lenker, it can be relatively easy for your talents to be skipped over at first glance. However, “Two Saviors” has made me reconsider Meek’s importance to the band’s sound.

Big Thief’s output has always been layered in mystery to me. The group creates hazy and cryptic atmospheres in their music. Adrianne Lenker’s solo material is incredibly emotionally cutting and bittersweet. Buck Meek strips a lot of that away in his own material and crafts some soothing Americana music with lyrics taking on the form of stories. His voice has an ever- so- slight shake to it, and many of the songs find him playing his guitar with a few instruments sprinkled in here and there backing him. You can hear white noise in the background of many of the songs, showing how intimate the album is. The occasional slide guitar draws some songs into a country direction, but the whole album is comfy folk music through and through.

The one-two punch of “Two Saviors” and “Two Moons” are great examples of the album’s overall vibe, while songs like “Second Sight” and “Ham On White” pick up the tempo. This isn’t the most standout album I have heard in the genre, but for fans of Big Thief or folk/country music, this certainly is something to check out. I could see this being the soundtrack to many road trips had it been released some years ago, but for now, we just have to imagine our car wheels spinning on the blacktops of the great American stretches of nothing out west from the comfort of our own homes. 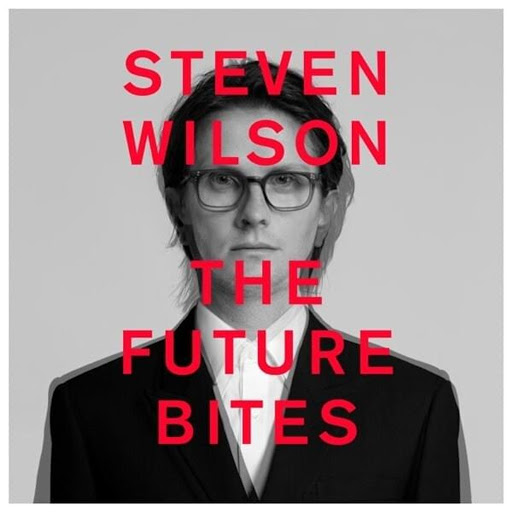 Steven Wilson is no spring chicken. At the age of 53, Mr. Wilson has a legendary career in music behind him. He fronted the incredible progressive rock band Porcupine Tree, who made some of the greatest progressive rock music in recent years before delving into heavier territories on their later releases. He made some incredible solo albums, such as jazz-infused “The Raven That Refused To Sing (And Other Stories)” way back in 2013. With his newest release, “The Future Bites,” Wilson, unfortunately, proves from his prior missteps, however far and few between they were, that he has finally lost his touch.

“The Future Bites” isn’t exactly a pop album or even an artsier musician attempting to be pop. It is Steven Wilson experimenting with a sound that he just doesn’t fit into all that well. The album’s production is flat, and the vocals have some uncomfortably robotic processing that sounds so lifeless. The synths are not utilized in any interesting way to Wilson’s sound, and I think that is in large part due to this not really sounding like a Steven Wilson album. The lyrics are incredibly out of touch. “Personal Shopper” touches on the evils of consumerism, but Wilson partakes in the very “reissue things you don’t need” spiel he criticizes on the track. If it is tongue-in-cheek, I hope he realizes ironic capitalism is still capitalism. Even an unnecessary Elton John feature can’t help how ham-fisted this song is.

Speaking of awful lyrics, “Eminent Sleaze” is quite the doozy. The track is a play on The Who’s classic 1982 “Eminence Front,” a song in which Pete Townshend tears into the high roller hedonistic lifestyle of the stereotypical but very real drug-fueled yuppies of the time. Instead of making a similar statement, Wilson makes an ill-humoured song about being rich and seducing the listener’s sister. I don’t even have a sister, but I am grossed out. I understand he is trying to channel his inner Peter Gabriel, but when Gabriel sang about intimacy with a humorous edge, he was at least funny. “Sledgehammer” or “Steam” this song certainly isn’t.

While this album is an absolute trainwreck lyrically, it isn’t the worst thing musically. Bad production aside, there are some great passages on this album. “Personal Shopper” has some great progressions structurally throughout, and “Follower” is a very energetic new-wave inspired track in which Wilson reminds us he is an incredible guitar player. The closing track “Count Of Unease” is very pretty, and I hope Wilson remembers he is someone who was born to make more left-field works.

“12 Things I Forgot” is the only good song all around and really saves this album from being a complete disaster. Wilson sounds great vocally on this one, and the lyrics are more personable and heartfelt. It is pretty catchy vocally and instrumentally, and I think he can make his current output work if he continues to pump out straight-up pop-rock like this tune. I can’t really recommend this to anyone who isn’t really familiar with his work already. Just give us another Porcupine Tree album, Steve, it’s been almost 12 years. You had your chance at being a pop star, but put down the synths and pick up your guitar again. We miss you.