Just like that, we’ve come to the last batch of reviews for the semester. Unfortunately, it was a pretty lowkey week, with few major names dropping something. In this issue, we have some major disappointments and some unexpected surprises. 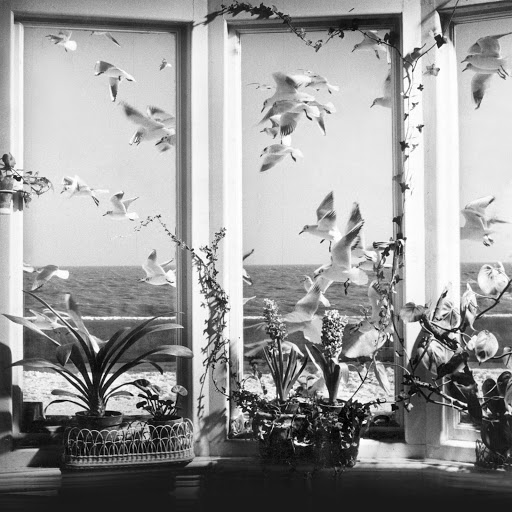 Andy Stott is an English producer who is somewhat of a legendary name in the modern-day techno and dub scene. Stott has had a very distinct sound in the scene, with each release showing a musical evolution that never sounded like anyone other than himself. With “Never The Right Time,” Stott returns after almost exactly five years.

While his last album, “Too Many Voices,” received somewhat more critical reviews than prior works, it still had a lot of attention surrounding it. For some reason, people seem to be slow on the draw for this new one, as I haven’t heard much buzz surrounding it. While it is admittedly not as great as his prior work, it is still an album that I feel fans should check out.

“Never The Right Time” trades in much of the ominous and suspenseful ambiance of prior works for a brighter and airier atmosphere. The opening few tracks start the album off slow as they lean more ambient than anything Stott has done prior. “Repetitive Strain” and “Don’t Know How” return the listener to somewhat more familiar territory, seeing as these tracks take influence from deconstructed club and garage. “Answers” is probably the track that grounds this closest to Stott’s prior work, but it is noticeably different due to its grime and dubstep influence. “The Beginning” and “Hard To Tell” take a synthpop route, complete with gated drums and sweeping pads. Alison Skidmore returns to once again provide vocals throughout the album, where they are chopped up on some tracks or left alone like they are on the aforementioned two synthpop songs.

The biggest criticism towards this album is that it feels underwritten and overall largely incomplete. These songs feel like almost fully fleshed-out sketches, but only almost. While this isn’t a bad album by any means, it is a bit disappointing considering the gap between this and the prior album. I would not recommend starting here if you are a new listener. For that, I direct you to “Luxury Problems.” However, if you are familiar with Stott’s work or like electronic music of any kind, then give this a whirl. 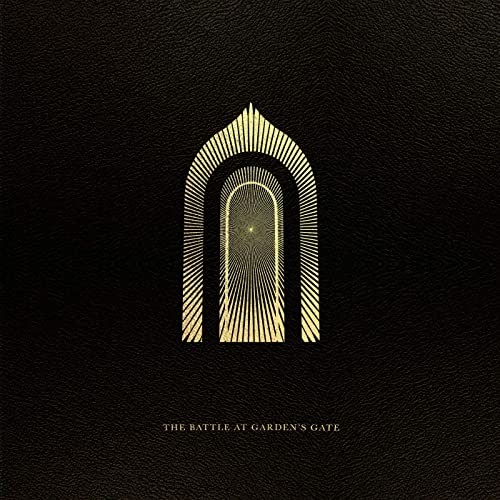 There have been few bands in recent years who have been as polarizing as Greta Van Fleet. To some, they are the “saviors” of rock music, bringing edge back to the taste of the younger generation. To others, they are a carbon copy of Led Zeppelin. While the Led Zeppelin comments are incredibly played out, there is a substantial amount of truth to them. Joshua Kiszka sounds almost exactly like Robert Plant. Add guitarist Jacob Kiszka’s Jimmy Page-like riffs, and the comparisons are justified.

The band must’ve listened to these comparisons because they have slightly shifted their sound to instead sound like pretty much any hard rock group from the early 70s. Joshua has altered his voice to sound more like a phlegm-filled Geddy Lee of Rush, a band who, in turn, were written off as Led Zeppelin clones early on. Bassist Samuel Kiszka and drummer Daniel Wagner do their part but ultimately don’t add much to the sound of this album. Jacob still sounds like Page, but at least the riffs are a little more inventive this time around, like on “Stardust Chords.”

“The Battle At Garden’s Gate” is underwritten in many places and doesn’t have the charisma to cover it up. Joshua is often buried in the mix, with Jacob’s guitar being noticeably too loud. The production overall is not the best, which makes sense considering this was produced by the same guy who handled the last two mediocre Foo Fighters albums. I can’t say the guys in this band are bad at their respective musical roles, but they tend to keep the musical exploration to a minimum. I’d kill for any of the buildups to explode into an organ solo or something instead of another chorus to shake things up. Even as a Zeppelin clone, the solos on any instrument are slim to none on here.

They do offer some interesting ideas, such as the piano on “Light Of Love” or the group vocals on “Age Of Machines” and “Trip The Light Fantastic.” The former song is actually pretty good, but suffers from limp production and an unconvincing energy that permeates the whole album. As a whole, many of the songs blend together and don’t do much to stand out. The cover art for the album rules though. I don’t want to be too harsh, seeing as these guys are obviously talented, but they really need to branch off and have their own identity. It makes sense they are my age because this is exactly the type of music I’d expect a college-aged classic rock fan to make. Still, they are ever so slowly getting better. Give them a few more albums, and I think they’ll have a pretty decent and unique identity on their hands. 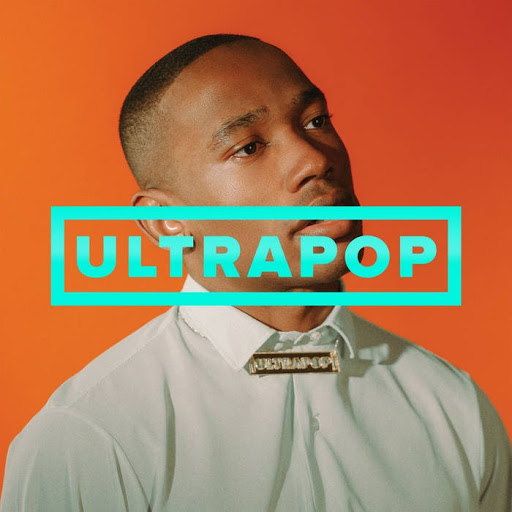 Don’t let the cover and album title fool you. If you go into this expecting a bright pop album of any sort, you will be disappointed. What you instead receive is unrelenting blasts of noise that wash over everything they touch. If you are familiar with The Armed, then you know what you are getting into.

The album opens with the title track, which is a dreamy song with airy melodic vocals floating over noisy bass and ear-splitting noise. The track placement is intentional because if you don’t gel with the most accessible the album has to offer; then you aren’t prepared for the wild ride that comes. Touches of mathcore, synth punk, and shoegaze are scattered throughout the record, but this is primarily a noise rock album. Even then, this feels like it is beyond rock music in a way. There is a feeling of evolution found in these tracks that hint towards a future of noisy rock and pop that we have been slowly dog paddling towards with the rise of hyperpop and other internet-based genres.

While I really praise the innovation and forward thinkingness of this album, the production can sometimes be a lot to handle, even for me. The melodies of songs like “An Iteration” and “Where Man Knows Wants” would be catchy if you could hear them under the assault of noise. I understand the oppressive production was an aesthetic choice, but it doesn’t grab me the way I would’ve wanted it to. It does work for more crushing cuts like “Big Shell” or closing track “The Music Becomes A Skull.”

I don’t know how much I’ll be returning to this due to how taxing it can be to the ears to listen to, but this is definitely one of the more interesting rock albums this year. I was debating on my rating, but I ended up finding most of the tracks to be memorable and really like where this album is pointing in regards to the underground music scene. I’m sure I will go back and forth on it a lot, but as of right now, this thing is pretty rad. 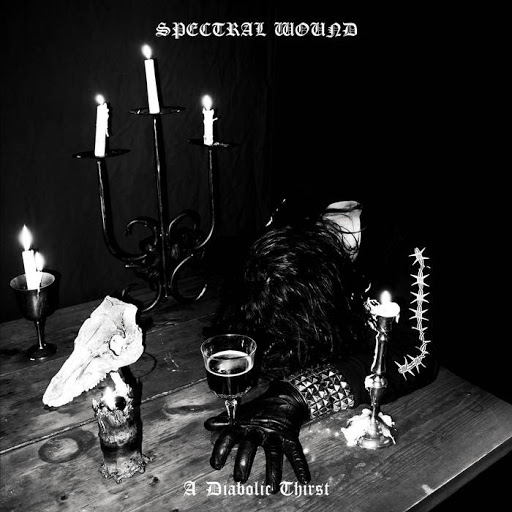 I’ve explained in other reviews about the history of black metal and how the scene ties into its Scandinavian origins, but we are going to travel somewhere else today. Another big and cold place that you wouldn’t think to find such harsh music is Canada. Often considered a rather cozy country, Canada has a pretty big metal scene. While they aren’t booming with black metal bands, there are a few of note.

Spectral Wound have grown to prominence in the scene with their second album, “Infernal Decadence,” back in 2018, with the humongous cavernous production on that one allowing it to stand out amongst other modern black metal albums. Their third album, the newly released “A Diabolical Thirst,” drops the big production for a more intimate harping on the classic second-wave black metal scene. While many are disappointed that the band has traded in their originality, they fortunately cashed it in to make one of the most enjoyable modern black metal albums in years. Sure, it sounds like the 90s scene to a T, but the production on this is so, so good that you can’t help but forgive that. The guitars sound very crisp, and the drums are both punchy while acting as walls of aggression during blast beats. The vocals are harsh and are mixed exactly where they should be.

When it comes to albums like this, it is less about the individual songs and more about the overall experience. “Imperial Saison Noire” kicks the album off perfectly, setting the stage for the following five tracks. The titanic “Mausoleal Drift” is certainly a highlight as well, with some of the best drumming on the album. The main riff in “Diabolic Immanence” makes me go absolutely bonkers in all the right ways. Again, while the songs are all individually great, they come together to create a cold and dark experience that is incredibly memorable. I wish this came out earlier in the year as it is a little too warm for this kind of music to hit like it should. Still, this is probably my favorite metal release of the year so far and will likely end up in my year-end top twenty. Definitely a modern-day masterwork. 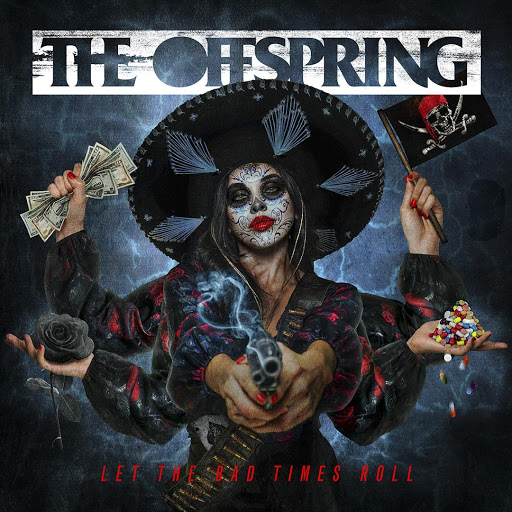 What a disappointing album to end the semester on. From the horrible cover art to the fact that the band hasn’t put out an album in almost a decade, did anyone actually expect this to be any good? The Offspring weren’t exactly one of the 90s punk bands who made it past their prime in the public’s conscious like Green Day has. Still, you can’t deny that they had a good amount of hits back in their prime.

In 2021, they are certainly not in their prime. Dexter Holland always had an odd voice, but his teenage sneering doesn’t work with the coats of pitch correction software he has to apply. I’m not one to harp on people for their age, but dude, you’re 55. You can’t sing like you’re 20 anymore, so don’t try and force that vocal styling when it’s out of your range. The rest of the band don’t really do anything because the production is all over the place here. Some fans have praised “The Opioid Diaries” and “Behind Your Walls” as some of the best things The Offspring have done in years, and they certainly are the best songs on here. That’s about as far as I’d go to call them “the best” of anything though.

You can tell they struggled for material, from the pointless cover of “In The Hall Of The Mountain King,” to the horrible reworking of their classic track “Gone Away” that sounds more like a parody of Gary Jules’ version of “Mad World.” Every other song goes in one ear and out the other. It really stinks to see a band as iconic as these guys fall off this hard. I mean, hey, at least we still have “Smash” to go back and listen to.

Things To Look Forward To

Seeing as this is the last issue of the semester, I wanted to mention some upcoming albums that I won’t be able to review. Of course, albums are announced every few days, so there will likely be more great releases to check out that I didn’t mention. There are several albums without a release date yet, but I chose not to include them. Anyway, check out a few of these over the next few months, and I hope that this fall brings more great music for me to share with you all!

Sons Of Kemet – Black To The Future (afro-jazz)

The Go! Team – Get Up Sequences Part One (indie pop)