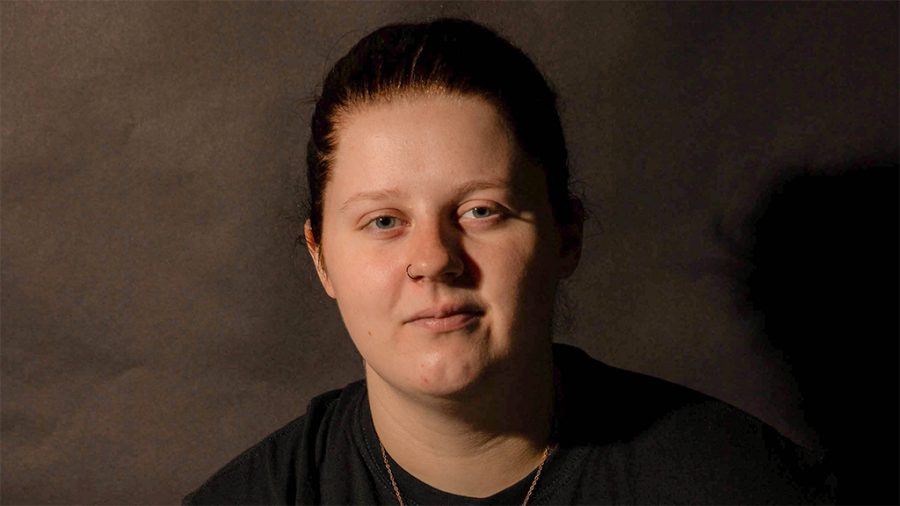 Art has always been a passion of student Genesis Harshell (she/they), and she recently got to share her passion with a Twitch streamer that she looks up to.

Harshell, a graphic and interactive design major, has been into art since she was a child.

“When I was very young, my father would always have me doodle with him,” they said. “He would always ask me to draw him pictures, and I just never stopped. It went from scribbling on placemats and napkins to getting crayons and markers every Christmas to wanting to find an art-filled profession.”

When it comes to her favorite kinds of art, there isn’t just one set favorite. She loves making “any kinds of art she can get her hands on,” whether it’s paintings, sculpting or drawing. Harshell is also branching out into digital art as well.

Harshell has sold some of her art before, most recently making dice trays for her friends who play Dungeons and Dragons.

“I am in the process of hopefully trying to set up an Instagram account or Etsy to try and reach a farther audience in the future,” she said.

Harshell was in the chat of one of the streams telling a friend about portraits of women she had painted to hang around the apartment, when Squid asked to see some of the paintings via direct message.

“Her jaw dropped, and she freaked out asking me to make her some before she pulled up my work and showed it to over 150 people,” they said.

After the stream, Squid contacted Harshell and requested three 24”x24” pieces to hang around her home.

“I was at a loss for words and genuinely almost to the point of tears when she had pulled up my art and hyped me up to buy some,” she said. “She means a lot to me as a woman in gaming, something that is such a male-dominated industry, and can often hold a lot of toxicity towards women. Squid is someone who is a part of the LGBTQ+ community, and someone who prioritizes mental health.”

Harshell said that the interaction gave her more confidence to continue to create things as an artist. Art is something that she will often turn to in times of stress.

Harshell plans to continue to create art in the future, both for herself and for others.

“Whether it be a whole wall or the outside of a building, I want to be able to make a piece that is larger than life that will mean something for a community,” Harshell said.