Part One: Finding success in competition and in the classroom

Junior Kaitlyn Smith had her choice when it came to schools, but chose Point Park because of women’s basketball head coach Tony Grenek’s recruiting style.

Junior Brad Calleja faced his biggest balancing act yet when when he had to fly across the country for nationals.

One thing that all three students have in common is that they are balancing both athletics and academics during their time at Point Park.

Smith is not only a member of the women’s basketball team, but also serves as the executive director of the Campus Activities Board (CAB).

During the recruiting process in high school, Point Park stood out to Smith as the best choice for her as both an athlete and a student.

“I was looking for a school that would give me the most in professional opportunities,” Smith said. “Basketball was a big concern for me as well, and coach [Grenek] put a lot of emphasis on academics instead of treating me like I was only a basketball player, so that was a big selling point for me.”

Smith began her role at CAB this semester and has already had to adjust to the demands of her new position.

As executive director, Smith is the face of the organization, but a lot of her tasks are involved in the behind-the-scenes preparation of the events they host.

“A lot of my job is looking at the big picture, but focusing on the small details,” Smith said.

Being on the road a lot for basketball games, Smith has had to utilize bus time and down time to get her school work and extracurricular work done.

“The hardest part about balancing it all, for me, is wanting to give your best effort to everything,” Smith said. “I’m very much a perfectionist and want to put everything I have into everything I do, but I’ve learned that it’s not always going to be perfect. I’ve accepted that giving my best effort is acceptable, and sometimes it’s all you can do.”

Despite her busy schedule, Smith has yet to receive a B during her college career.

“She has her priorities straight,” Grenek said. “She has an amazing work ethic and she strives to be great. That kind of thing makes her a pillar of the team and of Point Park University.”

Mole is the captain of the dance team, a member of the cheer team and the president of the Student Accounting Association.

Mole’s time management skills are what have helped her to excel in both areas of her student
experience so far.

“I have a planner that I love, where I write every detail of my day down,” Mole said. “My coach is very organized, so that’s a huge help as well.”

Like Smith, Mole has also learned that balancing it all requires some sacrifices. For Mole, those come through her social life and her ability to fulfill every commitment.

In addition to her school commitments, Mole is also a member of Phi Beta Lambda and a lifeguard at the YMCA.

“There were many times where I was asking myself how I was going to get through it,” Mole said. “For me, it’s all about relying on my faith. Sometimes you have to take a step back and not question yourself. I know my work ethic and I know everything will get done, so I also had to have faith in myself.”

Calleja is a runner on the cross country team, a board member for Not on My Campus and serves as a resident educator.

The cross country team qualified for nationals this season, which resulted in Calleja making a trip across the country to Vancouver, Wash. to compete and miss some of his classes. With finals approaching, Calleja knew he would have a challenge making up all of his work.

“My biggest ally has been getting the most out of every day,” Calleja said. “There are 24 hours in a day and I make it my goal to utilize at least 18 of those.”

Calleja’s secret to success is being proactive with his work.

A transformed procrastinator, he realized that if he was going to have so many responsibilities, he would have to plan things accordingly to get his work done well and on time.

“Our meets are always on Saturdays, which definitely helps me out schedule wise,” Calleja said. “I have to stay organized, use my calendars and I use alarms religiously. If I’m not proactive, it won’t get done as well as I want it to.”

This is the first installment of a two-part series on the academics of student-athletes.

Next week will focus on how coaches value academics.

When looking for student-athletes during the recruiting process, coaches also have to be mindful of the past academic success of the potential recruit.

At Point Park, the criteria to play a sport include maintaining at least a 2.0 grade point average, participating in the team and school’s mandatory study hours and subjecting academic progress to being monitored throughout their time as a student-athlete.

“We focus on the academics,” athletic director Dan Swalga said. “We emphasize it, we watch it, we monitor it and 97 percent of the athletes embrace what we say.”

As the ones in charge of tracking the academic progress of those student-athletes, administrators such as coaches and the athletic director have a unique perspective on what it is like for students to balance their schedules between academics and athletics.

“I’m very fortunate that I am surrounded by great young ladies,” women’s soccer head coach Maggie Kuhn said. “They work hard on the field and that definitely carries over into the classroom and into their extracurriculars as well.”

Several student-athletes are also actively involved on campus outside of athletics. Junior Kaitlyn Smith is a member of the women’s basketball team and also serves as the executive director of the Campus Activities Board (CAB).

“She fits that mold of having a great work ethic,” women’s basketball head coach Tony Grenek said. “Someday, she is going to be successful doing something that she loves because she has a passion for it. You can see it just by watching her from a coach’s perspective that she has it all figured out.”

The team started off conference play with two wins, but soon lost a few players, including its top scorer at the time, to academic suspension.

The games that followed the losses of those players resulted in an 8-20 overall record at the end of the season with a record of 5-12 in conference play.

“The emphasis that we place is that they are first a student and second an athlete,” Swalga said. “Ultimately, they are here to get a degree. The most important thing that they are doing here is their academics.

To prevent a similar situation, some coaches have individual academic plans that pertain to their team specifically that they implement in addition to the school’s rules.

These plans are usually a little stricter than the school’s rules to ensure no serious measures have to be taken if a student’s grades happen to fall.

Kuhn is one of those coaches.

“Their grades are extremely important to me,” Kuhn said. “I want them to leave Point Park with high expectations of themselves so they can carry that into getting a job. We have mandatory study hours, and I do weekly grade checks for anyone whose grade point average is below a 3.0.”

Other stipulations include check-ins with professors if an athlete has missed a lot of classes or their grade has dropped significantly, midterm grade reports and missing games or practices for class if an athlete’s grade has suffered because of their commitment to the sport.

Grenek takes precautionary measures when recruiting to guarantee that his athletes will be successful both on and off the court when they reach the collegiate level.

“I try to recruit players that I know will get it done in college,” Grenek said. “It all starts with the recruiting aspect. I’m very lucky to find and work with mature young women who want to be successful.”

From recruitment to graduation, academic success is monitored and encouraged every step of the way.

Ultimately, the way that the athletic administration at Point Park implements academic tools for the athletes to utilize helps them have an easier time balancing all aspects of their collegiate career.

“The habits and expectations that we place within our athletic program really does help them,” Kuhn said. “The structure that playing a collegiate sport provides definitely helps with time management and multitasking. Overall, it just really helps them become a better professional and I think that is something that gets overlooked a lot when talking about collegiate athletes.”

This is the second and final installment of a two-part series on the academics of student-athletes.

If you want a picture to show with your comment, go get a gravatar. 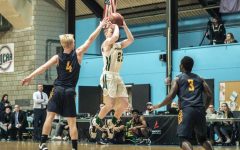 All In with Allison – Battle of the Best

The women’s basketball team has found itself in a bit of a sticky situation with just two games left in River States Conference (RSC) play. Curre... 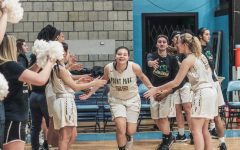 All In with Allison – The Alyssas

As the old saying goes, all good things come in threes. For the women’s track & field and cross country teams, those good things are the Alys... 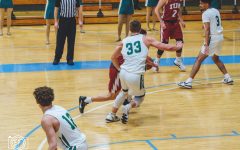