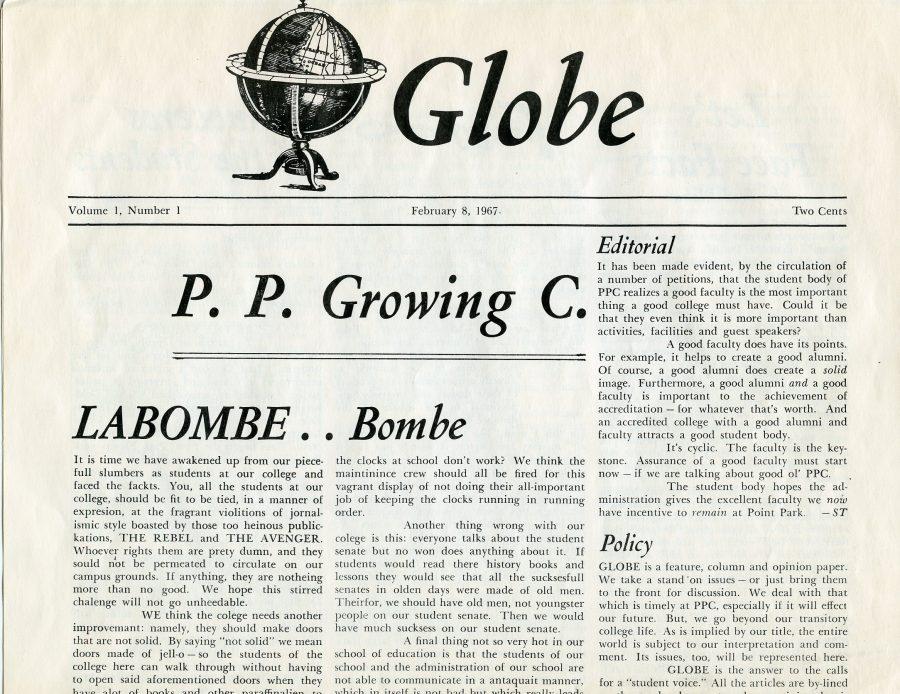 “Our stage will be as large as our title, Globe, implies and as intimate as its namesake.”

This was how the Globe’s first editor-in-chief, Susan Trulove, introduced GLOBE to the Point Park community on February 8, 1967, exactly 50 years ago today.

In an effort to chronicle our history over the past 50 years, we’ve worked to bring you a summary of what we covered through the decades, indicated by each subhead.

The Globe began as a one-page double-sided broadsheet available to the students, faculty and staff of Point Park for two cents. Described as a “feature, column and opinion paper,” the debut edition of the Globe contained several opinions pieces on college life and thus began our tradition of sharing the viewpoints of our students.

1967 was an incredibly active year for the Globe, and for Point Park College. The Globe tackled social issues such as Vietnam, racism and the welfare state. 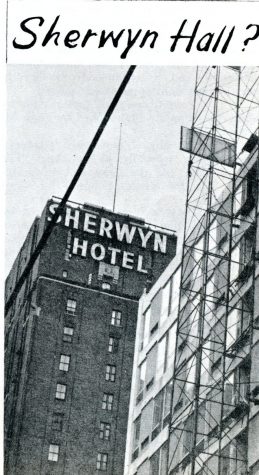 The Globe covered the expansion of Point Park College in April of 1967 when Point Park negotiated the purchase of the Sherwyn Hotel. The building was renovated and renamed Lawrence Hall in honor of Pittsburgh mayor and Pennsylvania governor David L. Lawrence. The college’s second president, Arthur Blum, said he planned to resurrect the swimming pool and bowling alley the building once had.

The Globe covered important school happenings such as the 1968 homecoming, which included a basketball game at the Civic Arena between the Pioneers and a team from Lock Haven, and a homecoming ball aboard the Gateway Party Liner (now the Gateway Clipper).

The Globe plunged into the heat of the Civil Rights movement in 1968 by featuring a February opinion piece entitled “Negroes need to communicate,” condemning African-American leaders of the time, including Dr. Martin Luther King, Jr. Following the assassination of the civil rights leader, the Globe printed a three-page memorial dedicated to King, including a biography and several photos. Muhammed Ali announced he was cancelling his appearance at Point Park due to the recent “national emergency.” 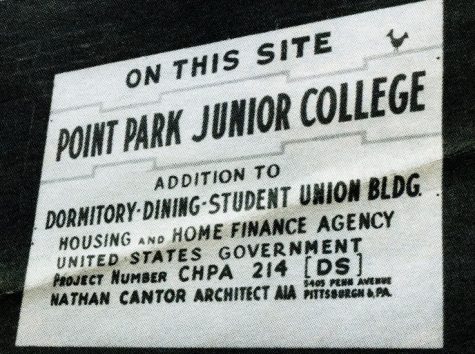 1968 was also the year the Globe announced that Point Park College had received its accreditation through the Commission of Institutions of Higher Education Association. That year, the campus was being remodeled, and the population was 2,439 full-time students.

In a scathing 1969 editorial from then-editor Howard George Bronder on college apathy, Bronder announced the suspension of publication of the Globe until a deal could be struck between the University of Pittsburgh and the Pitt News. The suspension lasted two weeks, and upon reorganization following the strike, the Globe was shut down and locked out of its offices, but returned shortly thereafter.

“Reading through these old articles gives one a sense that Point Park students of the time actually believed their generation was going to change the world,” 1997 Editor-Elect Tom Bourke observed in the 30th anniversary edition of the Globe.

The early years of the 1970s were marked by campus unrest, including a 1970 incident chronicled in a piece entitled “Students Clash Over Marine Recruiters on Campus,” where Marine Corps recruiters were verbally accosted by a group of pacifist hippies. Then, a shouting match ensued between the Alpha Delta Iota fraternity and the hippies.

A week later, a group of 40 African-American students stormed WPPJ, issuing a list of demands of Point Park. The group eventually got an audience with campus president Arthur Blum and dispersed.

In 1973, the Journalism Educator ranked Point Park’s journalism program fifth in the nation at the undergraduate level. On the private institutional level, the program ranked second.

That same year, city and county lawyers charged that Blum and his family made personal gains from the college and violated the school’s non-profit, tax-exempt status. That same charge stated that Point Park’s first president, Dr. Dorothy Finkelhor made a $60,000 profit when the school changed from for-profit to a non-profit. The case cleared in 1976 when Allegheny County Judge Harry A. Kramer said Point Park was “founded, endowed and maintained as a public charity.”

1977 was the year Point Park students lost The Pitts, a student recreation area in the basement of Lawrence Hall. The Pitts held a bowling alley, pool tables and pinball machines. The Globe attributed this to lack of use and vandalism.

1979 was also a year of triumph for the city of Pittsburgh when the Pittsburgh Pirates beat the Baltimore Orioles in the World Series, and the Globe published a full account of the celebrations and the game itself.

The 1980s editions of the Globe were focused on the students of Point Park and the antics they got themselves into.

In 1983, city officials proposed to convert the Golden Triangle YMCA into an auxiliary jail. The proposal fell flat when more than 75 students protested at the public hearing for the measure. In 2008, Point Park acquired the building following unsuccessful attempts in the 1980s and is the present-day Student Center.

Headlining the Globe in the 1980s, much like it does today, was Point Park’s United Student Governments (USG). In 1987, USG impeached Senior Commuter Rep. Jes Sunder for failing to attend meetings.

In 1985 police suspected a Lawrence Hall resident of throwing a water balloon from a window and shattering a car’s windshield on Wood Street. Most infamous, according to 1990s staffer Frank Winters, was the cereal scandal.

In 1987, Point Park marked its 25th anniversary by raising a flag on the roof of Lawrence Hall. This flag was stolen, however, by a group of students to protest a lack of Cap’n Crunch Cereal in the cafeteria. The students replaced the flag with a jolly roger – complete with skull and cross bones – and delivered a ransom note to Point Park’s third president, J. Matthew Simon reading, “We have the flag. We have power. We want Cap’n Crunch.”

In 1988, there was a fire in the fourth floor Lawrence Hall “soft lounge.” The blaze was sparked by a cigarette butt and smoldered for two hours before the newly-installed fire alarm sounded.

The onset of the 1990s brought turbulence to the Globe when it nearly failed to hit newsstands. In the fall of 1992, the editor resigned when he found a full-time job with benefits. The editor-elect fell out of favor from the Publications board when she wanted to pull back the frequency of publication in favor of larger issues. She quit days after the Editor left.

According to a 1997 recap written by staff writer Frank Winters, “The small staff pulled together and with an arsenal of articles and photos pertaining to that week’s presidential election, they made the publication deadlines for the rest of the semester. Six of those folks eventually became editors-in-chief of the Globe.”

The topics that dotted the 1990s’ opinions sections ranged from the 1994 national gang summit held in Pittsburgh to the crime bill proposed by then-President Bill Clinton.

The Globe chronicled the 1992 election with analysis and commentary on each of the presidential candidates. Following that election, issues of national education financing continued to bring national news to the Globe’s front pages. The Globe also chronicled the 1996 Democratic National Convention in Chicago.

In 1996, the Point Park Board of Trustees considered a strategic alliance with Duquesne University. Students worried this alliance would compromise the independence of Point Park.

The United Student Government suffered from a lack of student participation and lost influence on the university. Then dean of student development Charles Quillin declared the legislative body “dead.”

In an attempt to revive the once-thriving representative body, the front page of a September 1997 edition of the Globe chronicled the “rebuilding [of] a government by the students, for the students.” The front page included the preamble to the USG constitution and noted that it was not the first time USG had gone dormant, that distinction going to an instance in April of 1988.

1997 was also the year the Globe announced the demolition of the Dameron building to build the Alumni Park outside of Academic Hall.

In 1998, Point Park College security instituted the practice of showing Point Park IDs to security attendants, and Lawrence Hall elevators were modified to run only to certain floors during certain hours.

Point Park survived Y2K and upgraded several systems with the turn of the millennium. Cable came to Point Park, and the internet became more mainstreamed.

Point Park students reacted to the terrorist attacks on Sept. 11, 2001, and less than 100 students remained in dorms overnight, most staying off campus with friends and family in the area.

In that same edition, students questioned the viability of the establishment of the Rink at PPG Place. Commencement at that point had been held in PPG Plaza, and an editorial that week asked if the skating rink would be “worth changing the landscape of a local landmark.”

After several years of discussions and explorations, Point Park was formally accredited as a university in 2003.

Point Park University began a series of renovations and acquisitions in 2004, which included the acquisition of the Boulevard Apartments, Conestoga and Pioneer Halls. Further renovated were the University Center (formerly known as the Library Center), Lawrence Hall and the café in the Pittsburgh Playhouse in Oakland.

Also in 2004, the Point Park full-time faculty voted to unionize under the Newspaper Guild of Pittsburgh. This began a long-standing legal battle that ended in 2016 when the University dropped its National Labor Relations Case.

Point Park acquired several properties in 2007, as chronicled by the Globe. These properties were announced in 2008 to become the future site of the Pittsburgh Playhouse. The plans came to be known as the Academic Village Initiative and included a renovation to Wood Street and the creation of Village Park.

USG dominated coverage in the 2010s, with headlines ranging from the dawn of a community service project to a 2015 vote of no confidence on then food service provider Aramark.

The Globe’s Point made its debut in 2010, and has since ran as the editorial voice of the Globe.  Also in 2010, the university celebrated its 50th anniversary with a commemorative edition of the Globe. Village Park opened in 2011, and construction of the new Pittsburgh Playhouse began shortly thereafter.

Editors recall their tenures at the Globe

After graduating from Point Park College as part of the first bachelor’s class in 1968, Susan Trulove said she moved on and didn’t look back. W... 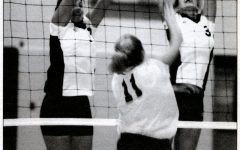 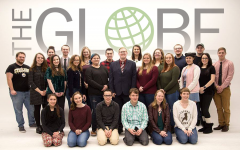 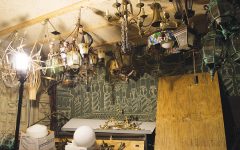 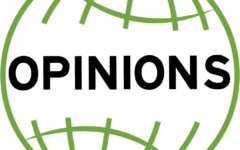 A letter from the editor – Celebrating Point Park’s other stage